For the chart below, I grouped disposals by quarter and then calculated the percent issued as patents compared with the percent abandoned.  You’ll note the drop in allowance rate in 2008-2009 under Jon Dudas with the rapid rise in allowance rate once David Kappos took-over as director.  Although less dramatic, allowance rate continued to rise under Michelle Lee.  Of course, the allowance rate depends upon both the USPTO approach to prosecution as well as that of the applicant. 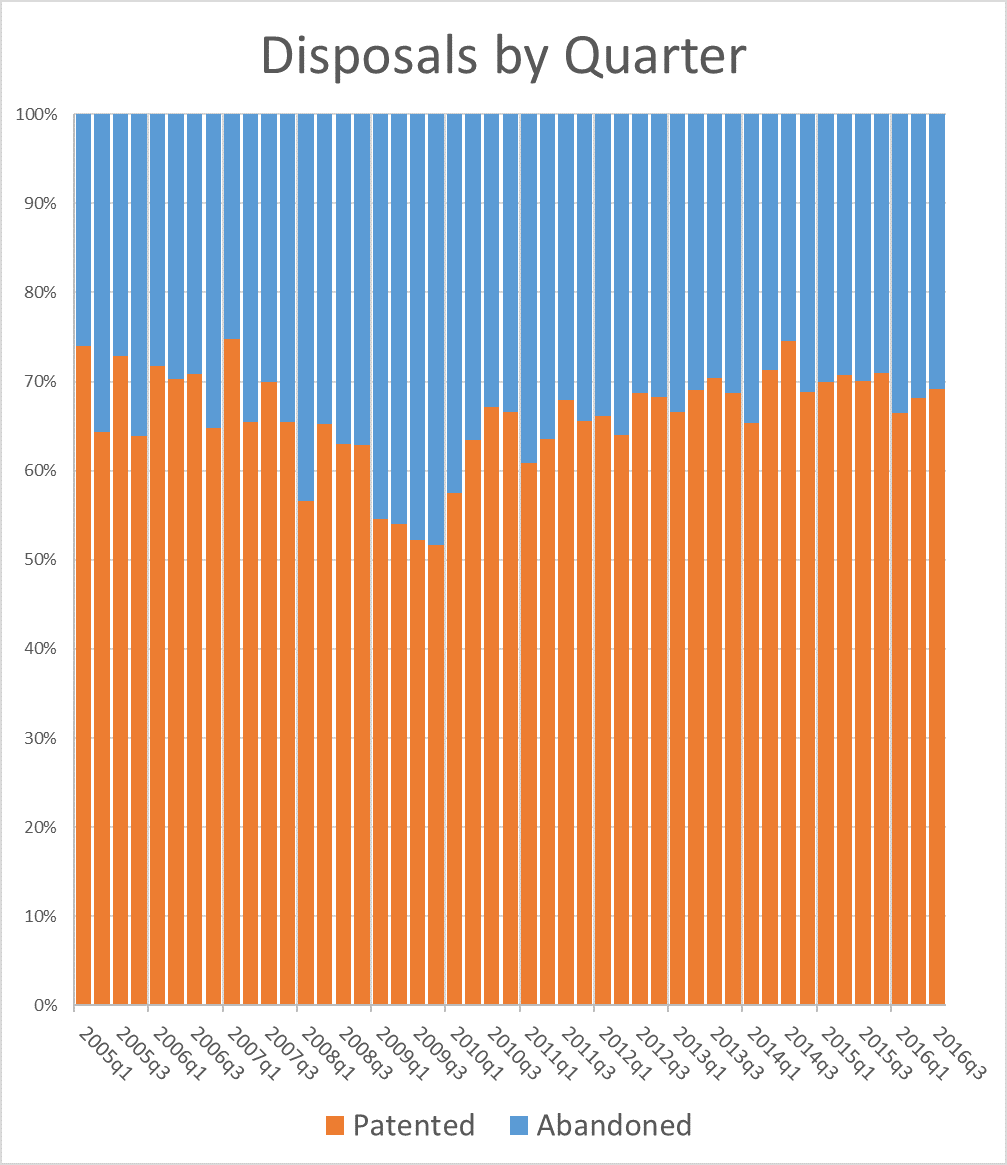