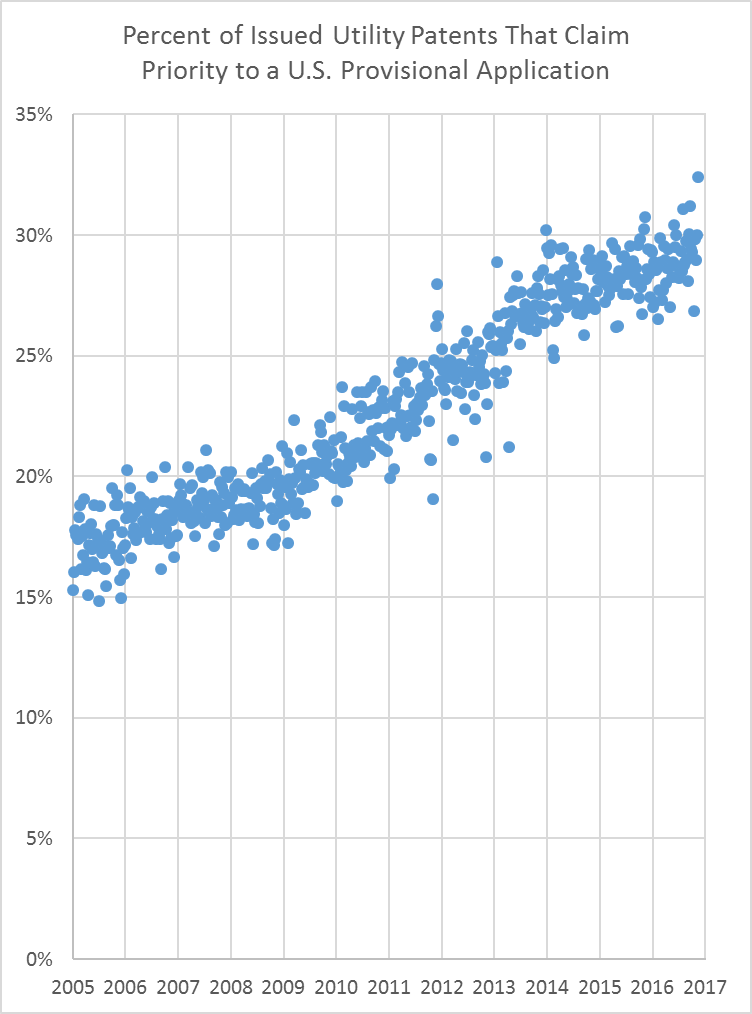 The chart above shows the percentage of issued US utility patents (by issue date) that claim priority to a US provisional patent application filing.

What is your take-away?