A question from two economist friends, Nicholas Ziebarth and Michael Andrews, got me interested in the geographic distribution of patent practitioners in the U.S. and any correlations with issued utility patents and populations.  Using the January 8, 2017 list of patent practitioners from the USPTO, the PTO’s data on utility patents issued to inventors by state, and population estimations for 2016 (wikipedia), I put together the following figures.  They show what one might expect: patents, population and patent attorneys exhibit high degrees of correlation, although there is some interesting variation.  All the linear regressions are highly significant (p<0.001).  Some data caveats follow. 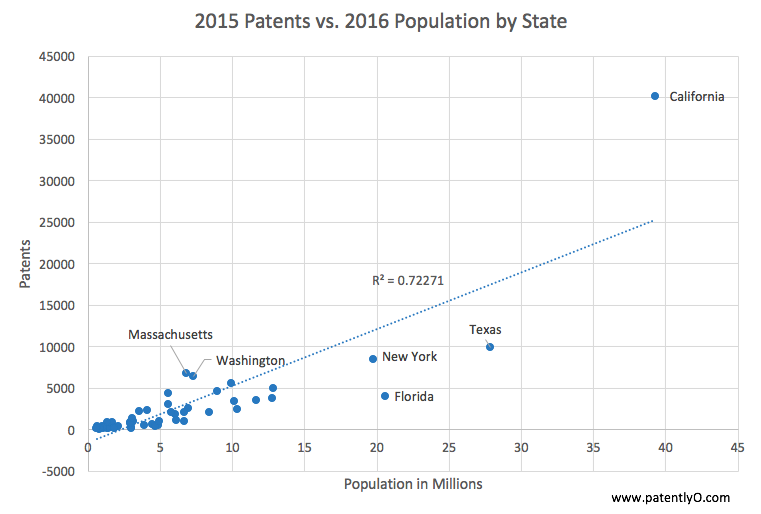 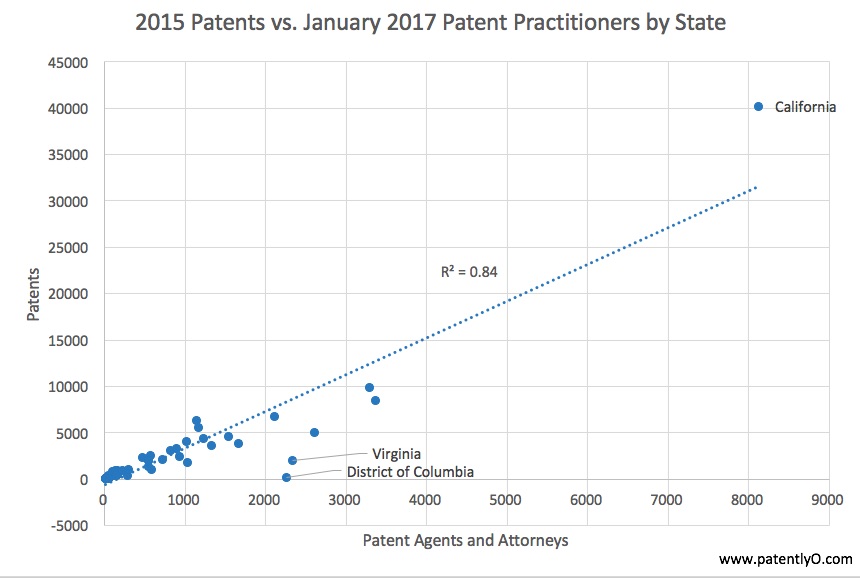 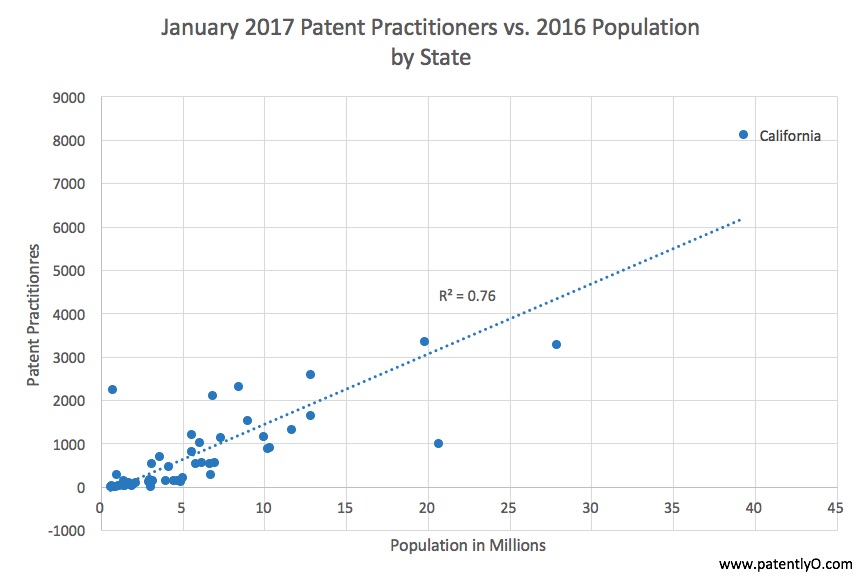 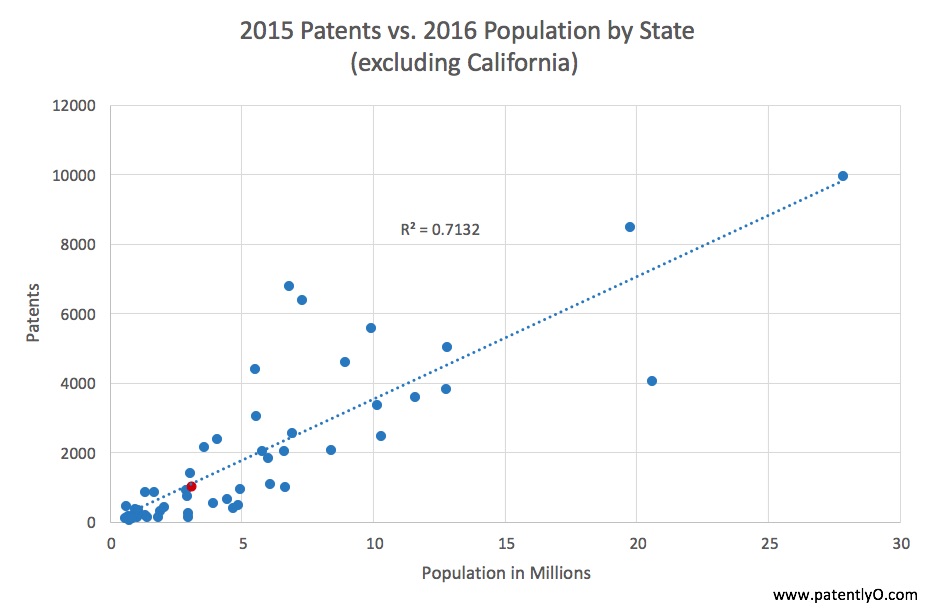 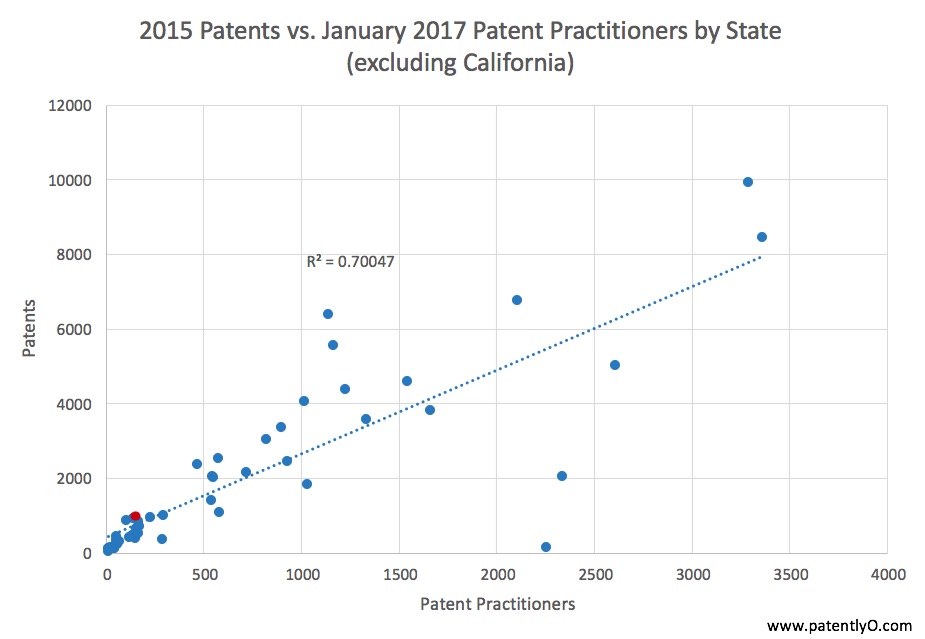 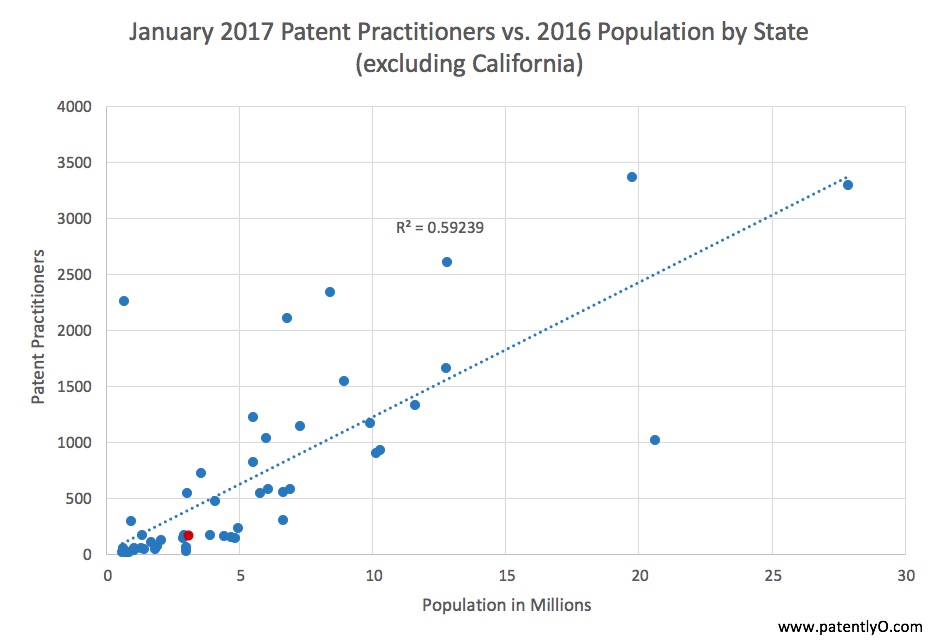 Notes on the data:

My data file is linked if anyone wants to play around with it.  Regression outputs from Stata are here.  If you see any mistakes, I’d appreciate it if you’d let me know via email.  You are free to reuse this dataset or graphs, although I would appreciate an acknowledgement.

27 thoughts on “Where are all the patent practitioners?”