The USPTO has completed its patent issuances for Fiscal Year 2017 which ends for the Federal Government on September 30, 2017.  The primary raw number  315,386 utility patents issued in FY 2017. This is the most patents issued by the USPTO in a single year and tops the record set in FY 2016 by 11k – a healthy but still modest 3.5% increase.  Although the PTO has slightly reduced its number of patent examiners, the allowance-rate for 2017 is at an all-time-high (71.4%)

USPTO Backlog of unexamined applications remains steady at about 540,000 – this is slightly more than the number of disposals (allowances + abandonments) completed by the PTO in a year.  PTO’s reported grant rate 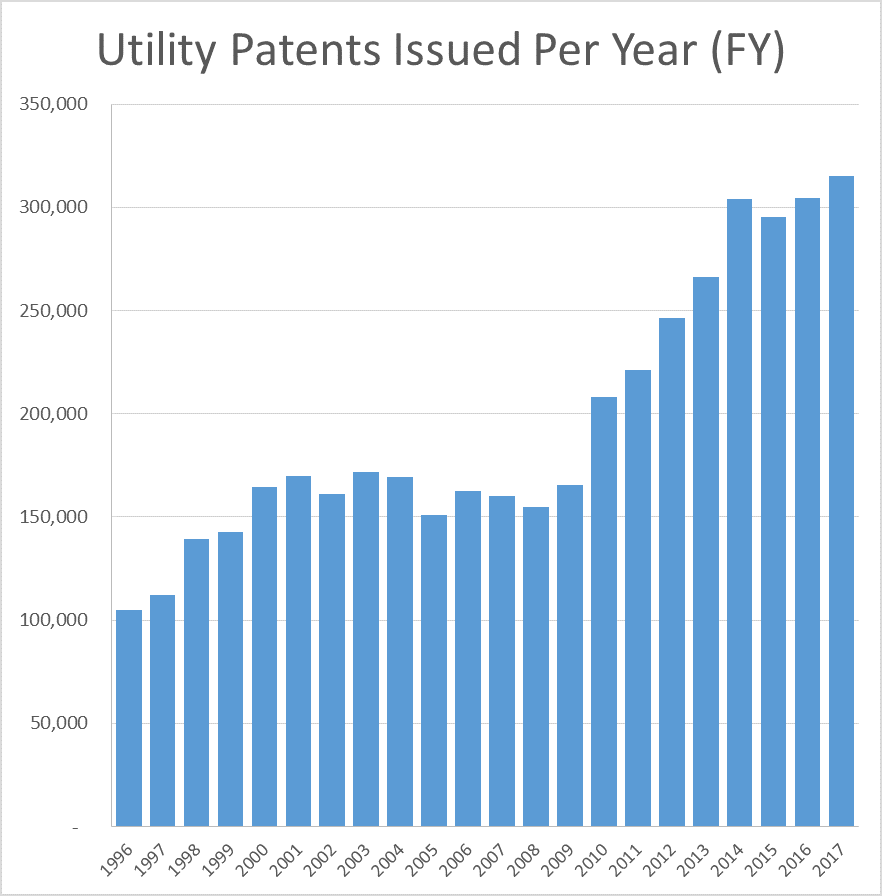