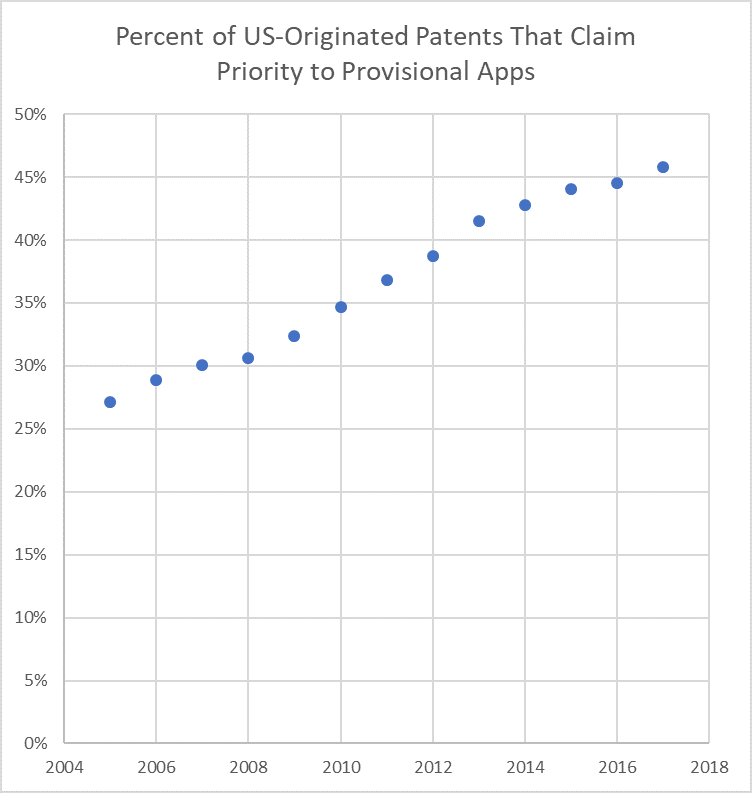 For the chart above shows the percentage of US-originated utility patents that claim priority to one or more provisional filings, grouped by year of issuance.   You’ll note the steady upward trend – each year more US utility patents rely upon provisional applications for that effective filing date.