The split decision here reveals an important dispute between Federal Circuit judges over the impact of AIA trials on pending litigation.  In this case, XY’s six patents in suit relate to the sorting of semen by gender (used for farm animal breeding).  My discussion below focuses on only one of the patents that was first enforced by the district court but later cancelled by a PTAB action. 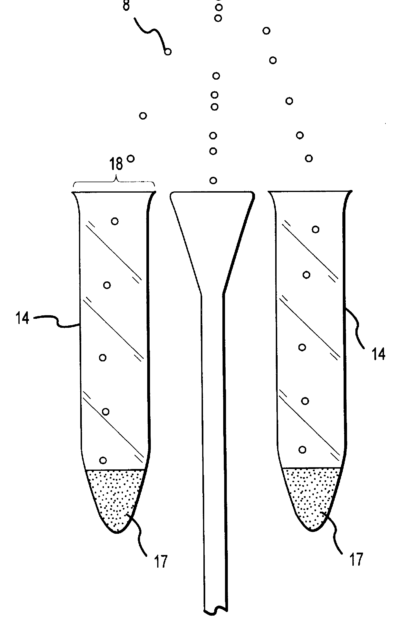 Background: After their patent license deal went bust, XY sued Trans Ova for infringement and a jury found that the patents were not invalid and also willfully infringed. (The district court also decided contract and antitrust issues).  Following final judgment from the district court siding with the patentee, the Patent Trial and Appeal Board (PTAB) issued its final judgment finding two of the aforementioned infringed claims to be unpatentable. Claims 1 and 3 of U.S. Patent No. 7,195,920.  That PTAB decision was affirmed today without opinion by the same 3-judge panel of Judges Chen, Dyk, and Newman.

Collateral Estoppel: As a threshold matter, we need not address Trans Ova’s invalidity arguments as to the Freezing Patent claims in view of our affirmance today in a separate appeal invalidating these same claims, which collaterally estops XY from asserting the patent in any further proceedings. . . .

That affirmance renders final a judgment on the invalidity of the Freezing Patent, and has an immediate issue preclusive effect on any pending or co-pending actions involving the patent. . . .

We do not find, as the Dissent states, that “in the event of conflict the administrative agency’s decision ‘moots’ the district court’s decision.” Dissent at 6. Rather, we find that an affirmance of an invalidity finding, whether from a district court or the Board, has a collateral estoppel effect on all pending or co-pending actions. This court has long applied the Supreme Court’s holding in Blonder-Tongue to apply collateral estoppel in mooting pending district court findings of no invalidity based on intervening final decisions of patent invalidity.

Final Decision vs Affirmance of Final Decision: Note here that the final paragraph is somewhat confusing because it appears to state two separate principles – (1) that affirmance of an invalidity finding [by the Federal Circuit] creates collateral estoppel on the issue of validity and also (2) that a final decision of patent invalidity moots pending district court findings of no invalidity.  This begs the question of what would be the proper result if this case had been decided after the IPR decision cancelling the claims but before deciding the outcome of this appeal.  When the court recognizes the potential issue – I expect that in most situations it would coordinate the appeals.

Preserving the Issue for Appeal: In this case, the defendant appealed its invalidity loss — one question is whether the that appeal was necessary to overturn the infringement verdict.  In dicta, the court suggests here that the justification for the decision is that “a defendant should not have to continue defending a suit for infringement of an adjudged invalid patent.”  (Internal quotes of excluded).  For this point, however, the court relied only upon statements from prior non-precedential Federal Circuit decisions. See U.S. Ethernet Innovations, LLC v. Tex. Instruments Inc., 645 F. App’x 1026, 1028–30 (Fed. Cir. 2016) and Translogic Tech., Inc. v. Hitachi, Ltd., 250 F. App’x 988 (Fed. Cir. 2007).

The majority opinion was written by Judge Chen and joined by Judge Dyk.

Writing in partial dissent, Judge Newman argues that collateral estoppel should not apply in this situation.  The dissent explains that collateral estoppel is not automatic, is confused by the various legal standards at play here, should be handled with caution when asserted by a non-mutual party (the defendant here was not part of the IPR), should be applied with caution when operating between an administrative agency and the courts, and certainly should not be decided sua sponte – without request from either party, briefing, or arguments on the subject. “Collateral estoppel is not subject to automatic imposition without affording any opportunity for party discussion.”