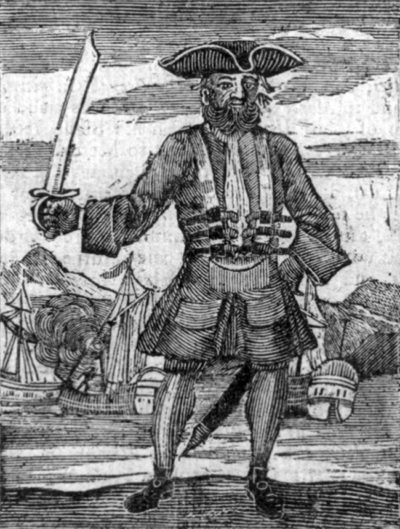 The Supreme Court has granted certiorari in a sovereign immunity copyright case.

Issue Presented: Whether Congress validly abrogated state sovereign immunity via the Copyright Remedy Clarification Act in providing remedies for authors of original expression whose federal copyrights are infringed by states.

The case has a few interesting parts.  First off, the underlying issue stems from the discovery of the Blackbeard’s Pirate Ship Queen Anne’s Revenge off the North Carolina Shore where it sank in 1718. Intersal found the wreckage and hired Allen to document the salvage operation.  Allen registered the copyrighted works. Later, the State of North Carolina uploaded the videos online without Allen’s permission.  In order to insulate itself from infringement liability, the state passed Blackbeard’s Law,” which purported to place the uploaded videos in the public domain. (It’s not piracy if legal).

At the same time, Congress attempted to expressly “abrogate” this immunity in the Copyright Remedy Clarification Act with the following language:

Any State, any instrumentality of a State, and any officer or employee of a State or instrumentality of a State acting in his or her official capacity, shall not be immune, under the Eleventh Amendment of the Constitution of the United States or under any other doctrine of sovereign immunity, from suit in Federal court by any person . . . for a violation of any of the exclusive rights of a copyright owner provided by [federal copyright law].

Here the statute is clear in its attempt to contravene the 11th Amendment. The only problem through is that statutes are ordinarily subject to the U.S. Constitution, not vice-versa.  The reality though is more complicated – at times the courts have permitted suits against states and have allowed Congress to abrogate state sovereign immunity by statute.

Was the Act in question passed pursuant to a constitutional provision granting Congress the power to abrogate?

48 thoughts on “When Congress Cancelled State Immunity for Copyright Infringement, Did it Violate the U.S. Constitution?”