Judge Shipp (D.N.J.) upheld the validity of several claims of Sanofi’s patent, but found several claims invalid. On appeal, the Federal Circuit vacated the obviousness holding — finding the invalidity judgment barred by the U.S. Constitution (no case or controversy). 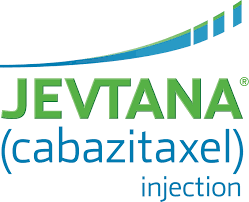 In parallel proceedings, the PTAB found most of the claims of the ‘592 patent invalid. Sanofi appealed to the CAFC on some of the claims* — but filed a “statutory disclaimer” of claims 7, 11, 14–16, and 26.  Note here that the disclaimer was not filed until December 2017, well after the close of trial, but before the district court issued its bench-trial judgment.

[On the last day of trial] Defendants [stated] that they “continue[d] to ask for a judgment of invalidity on all of the claims that have been a part of the case.” Plaintiffs did not object. In addition, Plaintiffs did not move at any time prior to the conclusion of the trial to voluntarily dismiss their assertion of Claims 7, 11, 14-16, and 26. The current procedural posture of the case also reflects that the claims at issue have not been cancelled [by the PTO]. The Court, therefore, finds that it has subject matter jurisdiction over Claims 7, 11, 14-16, and 26.

On appeal, the Federal Circuit has vacated this decision — holding that “disclaimer of the disclaimed claims mooted any controversy.” Rather, once the claims were disclaimed the invalidity relief became “both speculative and immaterial to its possible future defenses, and Defendants thus failed to demonstrate an Article III case or controversy.”

Fresenius pointed to the fact that Sanofi is now in the process of amending its claims before the PTAB — and could potentially recaputure some aspect of those claims.  In addition, Fresenius argued that the decision could provide the company with issue preclusion armor in the future.  On appeal, the Federal Circuit found these potential harms too speculative and insufficient to be considered.

The decision here is somewhat surprising to me because we’re talking about a Constitutional question. Would the constitution allow a judgment on these claims — especially taking into account the ongoing litigation, the potential for recapture, and the notion that a patent covers a single invention (even if re-stated in number of claims).  The Federal Circuit did not cite the Supreme Court’s recent, Already, LLC v. Nike, Inc., 568 U.S. 85 (2013).  In that case, Nike sued Already for trademark infringement (Air Force 1) and Already counterclaimed that the mark was invalid.  Prior to judgment, Nike dismissed its side of the lawsuit and also issued a broadly worded “covenant not to sue” Already.

While the suit was pending, Nike issued a “Covenant Not to Sue,” promising not to raise any trademark or unfair competition claims against Already or any affiliated entity based on Already’s existing footwear designs, or any future Already designs that constituted a “colorable imitation” of Already’s current products.

The Supreme Court found that covenant left the case moot and therefor must be dismissed under the U.S. Constitution.  In its decision, the court held that Nike had the burden of showing that it could not “reasonably be expected” to resume enforcement efforts.

The difference between Already and the present Sanofi case is the breadth of the disclaimer. While Nike disclaimed any TM action based upon products already on the market, Sanofi only disclaimed a handful of claims within a patent – and maintained many other family-member claims as well as the ability to amend claims.