Those disputed facts were then put on trial and given to the jury to decide. The verdict particularly asked whether the asserted claims “ONLY involve activities that were well-understood, routine, and conventional” as of the application’s priority date.  The verdict – reproduced below – sided with the defendant in finding that the claims were only directed to such non-inventive elements. 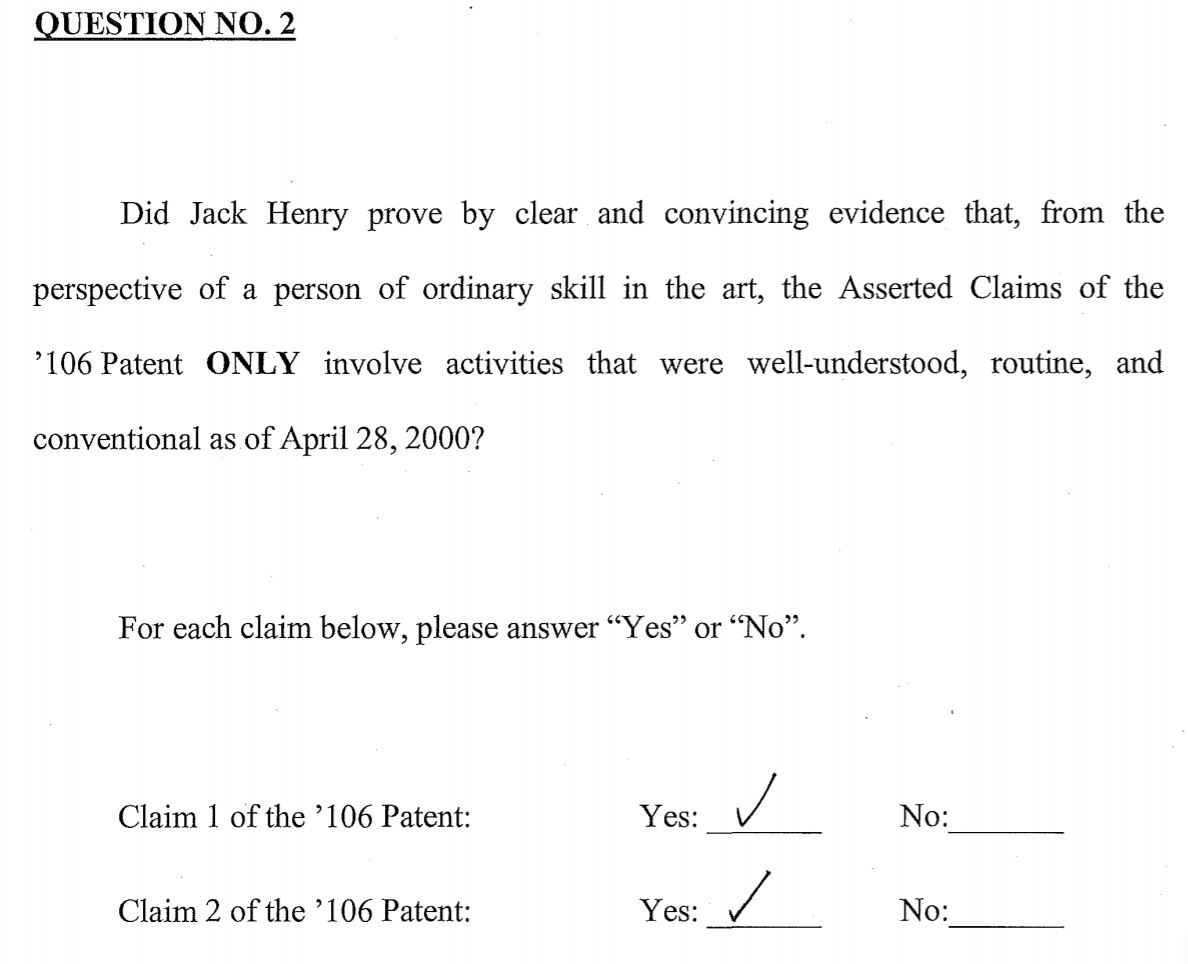 The jury also sided with the defendant on infringement — finding none.

With that verdict in hand, Judge Gilstrap has already issued a final judgment in the case — finding (1) no infringement; and (2) that the asserted claims are “invalid for being directed to patent-ineligible subject matter.”