Litigators and researchers all use PACER to access Federal Court documents.  These documents are typically stored as electronic PDF documents and PACER charges 10¢ per page.  That amount is relatively small, but adds up very quickly once you see how many pages are found in a single docket. The cost is particularly prohibitive for public access — those of us who are monitoring court activity but don’t have a financial interest in the case itself. In addition, it is prohibitive to the public-interest plaintiffs in this case, including the National Veterans Legal Services Program (NVLSP) and the National Consumer Law Center.

I downloaded this opinion from PACER for a $3 charge.  Obviously, it did not cost the courts that amount to send the download to me. The marginal cost was likely well under 1¢ for the whole document. The Judiciary has argued that the high charge is intended to pay for buying new computers, upgrading computer systems, and all forms of electronic information dissemination.

Here is what the statute says: the courts may charge “reasonable fees” associated with “access to information available through automatic data processing equipment.”  28 U.S.C. § 1913 note (2012).

Several public interest plaintiffs sued in D.C. District Court arguing that the fees should be reduced.  The district court approved the class action and then agreed that the fees were being improperly used — although only partially.  On appeal, the Federal Circuit affirmed on Goldilocks grounds. 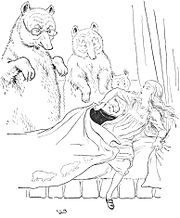 In this particular case, the court found that the courts had thus improperly used funds for several projects, including Courtroom Technology expenses, and E-Juror services. This likely also includes CM/ECF expenditures.

23 thoughts on “Court: PACER Fees Should Only be Used to Pay for PACER”