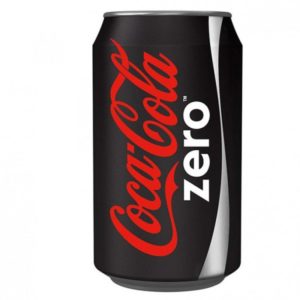 I previously wrote about this case when it was first appealed in 2018. At that time, the TTAB had dismissed the oppositions — finding a lack of evidence that the term ZERO is generic for the term “zero-calorie” or “zero-sugar” even when used to label otherwise sugary soft drinks. On appeal, the Federal Circuit vacated and remanded after concluding that the Board had, inter alia, applied the incorrect legal standard for generic. In my post, I stated that “Coke could register these marks if it disclaimed protection to ZERO alone.” Dennis Crouch, Registering ZERO: Trademarks mean Nothing to Me, Patently-O (June 20, 2018).

On remand the TTAB started the process of going through a new study on whether the term is generic. Coca-Cola cut that process short via motion-to-amend its marks to disclaim the term ZERO. This satisfied the TTAB and the oppositions were dismissed.

Royal Crown though was not satisfied and appealed. The company was concerned that Coca-Cola may file new applications or expand the scope of its current marks in some future litigation. Thus, it asked for a reasoned opinion explaining that the ZERO portion was generic.   In addition, Royal Crown argued that it was improper under the APA for the TTAB to dismiss the case post-trial based upon this opposed amendment.  Rather, the APA calls for a reasoned opinion.

In this second appeal, the Federal Circuit has effectively affirmed the PTAB determination — finding that the appeal is moot because Royal Crown has received the full remedy that it requested.

Coca-Cola’s disclaimer grants Royal Crown what it sought in its opposition. Throughout this case, Royal Crown requested only that the Board require a disclaimer of the term ZERO before registering the marks at issue. . . .

Royal Crown has obtained what it requested in its opposition, disclaimer of the term ZERO in each of the trademark applications at issue. The Board’s decision reflects entry of those disclaimers. Accordingly, there is no case or controversy for this court to decide.

Regarding Royal Crown’s concern regarding future expansion of the mark, the Federal Circuit found that potential harm “too speculative to invoke the jurisdiction of this court.”

On the procedural grounds, the Federal Circuit also found no abuse-of-discretion in granting the disclaimer — however that holding is superseded by the mootness decision.