The Magseis invention here is fully enclosed single case seismometer.  The patent explains that “hundreds to thousands of receivers” might be deployed in order to conduct a seismic survey.  U.S. Pat. No. RE45,268. A key feature of a seismometer is the “geophone” that actually detects the vibrations.  Prior to this invention, seismometers were already known as were the geophones used.  The improvement here is the arrangement of all the components within the single case. Of importance to this case is that every claim requires the geophone to be “internally fixed” to either the housing or an internal compartment.

Magseis sued Seabed for infringement; Seabed turned around and petitioned for inter partes review (IPR).  Although the IPR was initiated, the PTAB eventually sided with the patentee and concluded that the claims had not been proven invalid.

The basic issue on appeal was a question of whether the prior art showing a “gimbaled” attachment counts as being “fixed.”  A gimbal is a mount mechanism that allows multiple degrees of freedom and are often an element of a camera tripod setup.  Gimbaling of the geophone was admittedly common in the art at the time of the invention.

The specification does discus the use of a gimbal, but only with reference to the internal clock.  Apparently clock performance can be slightly shifted by gravity and so the gimbaled clock can allow all of the seismometers to be on the same time.

Despite all of this, the PTAB still construed the “internally fixed” requirement to exclude a gimbaled connection.  For its conclusion, the Board relied upon extrinsic evidence that a person skilled in the art would give “fixed” a special meaning that included “not gimbaled.”

On appeal, the Federal Circuit has rejected that claim construction and vacated for reconsideration.  According to the opinion, the PTAB erred in delving into the extrinsic evidence since the intrinsic evidence was clear, even though entirely silent as to the gimbal issue. 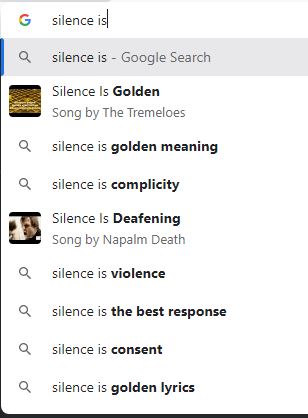 Silence is golden; silence is violence; silence is complicity.  Silence has long been subject to an inferential debate over its meaning.  Here, the specification is silent as to whether the term “fixed” included a gimbaled connection.  The PTAB saw the silence as a lack of clarity and so reached-out to extrinsic evidence to see whether the term had meaning to someone skilled in the art.  But like a Zen master, the Federal Circuit found clarity in the silence.

Slip Op. In its decision court notes that gimbaled geophones were known in the art at the time and so could have been easily excluded by the inventor — if that was part of the invention. Rather, the focus was on placing the geophone inside of the case along with the rest of the electronics.

The claims were construed here using the broadest reasonable interpretation (BRI) standard for claim construction, which could explain the result.  But the Federal Circuit does not rely upon BRI in its decision.  But the implication from this decision is that silence can typically lead to a broad interpretation.

Vacated. On remand, the PTAB will need to determine whether the broader claim scope now renders the claims invalid as obvious.