Applications from US Inventors were significantly more likely to be rejected on eligibility than non-US Inventors (15% vs 10%).  However, that difference can be fully explained by differences in the types of patents being obtained. For example, US applications are much more likely to patent in the business-method group (as well as 8 of the top-9 art unit groups most likely to receive 101 rejections).   But, within the art units  groups, there is typically no difference between US and Non-US inventions in terms of eligibility rejections.  Thus, for my sample of business method patents, 75% of the patents in each group (US and Non-US inventors) received an eligibility rejection.  The data do reveal some outliers. In 1660-plants, non-us-inventor patents received 15% more eligibility rejections than us-inventor patents; while in 2760-printers & graphics, non-us-inventor patents received 10% fewer. 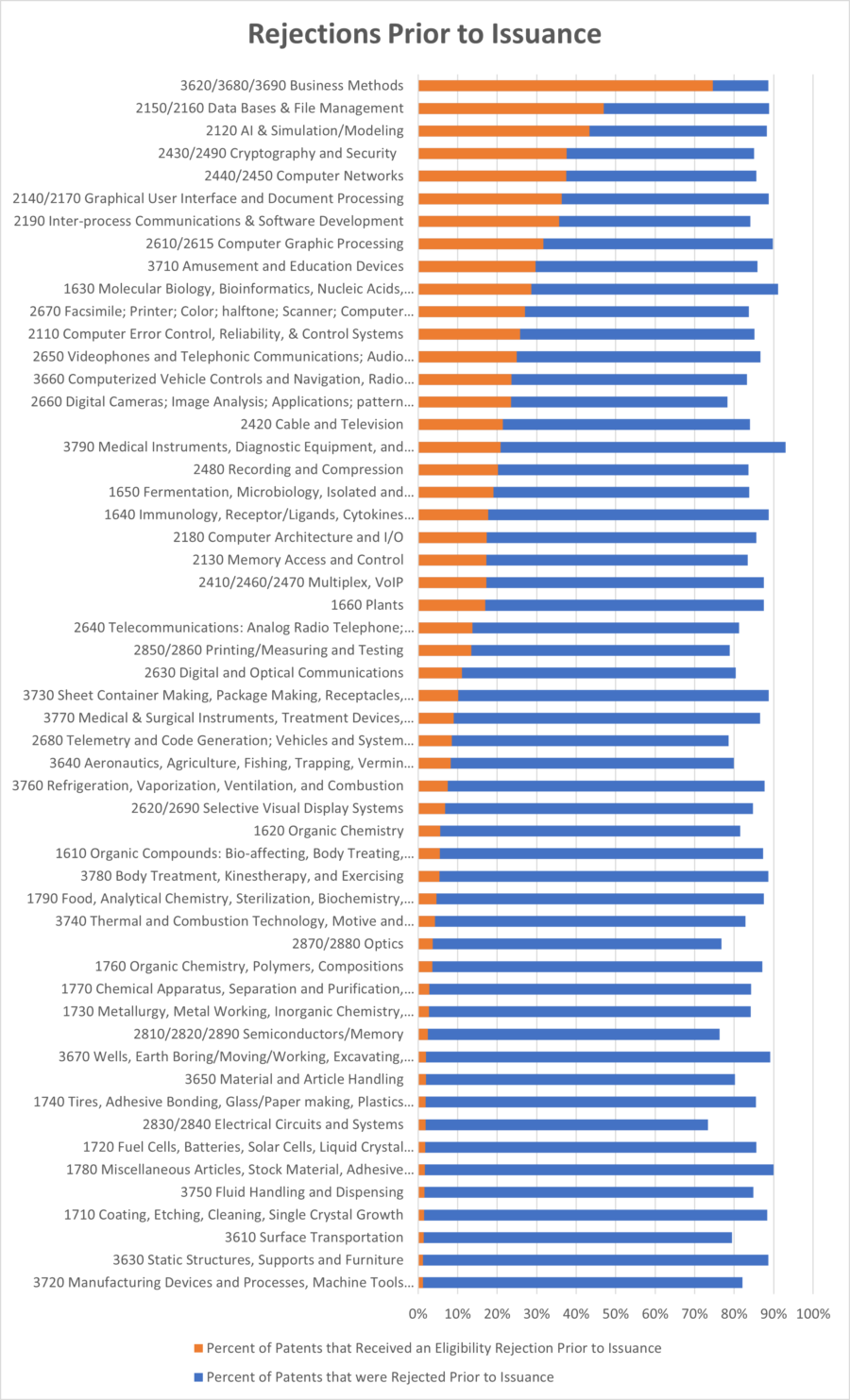 3 thoughts on “Rejections Prior to Issuance”