The following comes from my 2022 Civil Procedure I Exam. – Dennis 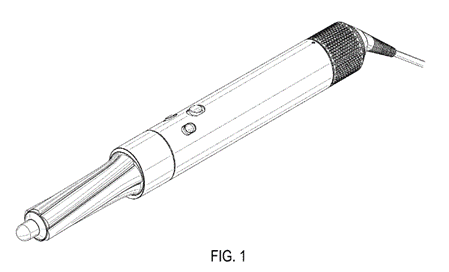 Introduction: Dryson makes a “hair wand” that styles as it dries.  The company also owns a design patent covering the product. In 2021, three different competitors started selling similar products. Dryson is considering suing them all together in a single lawsuit to be filed W.D. Tex. Federal Court. The action would allege both (1) Federal Patent Infringement; and (2) Unfair Competition (based upon Texas state law).  One note, Dryson’s attorneys believes that it has a good claim of Patent Infringement against all three parties, but the Unfair Competition claim would only be filed against two of the defendants.

1. Do the rules permit Dryson to file a single lawsuit that includes all these parties/claims? (Is Dryson required to bring them all together in one action?)

More facts for next question: Dryson filed the action as noted above. One of the defendants (Amaxon) sells the accused product, but does not actually manufacture the product.  Rather, Amaxon sells a product manufactured by Revloon. As part of their deal, Revloon agreed to indemnify Amaxon for any losses if the product turns out to be infringing on intellectual property owned by a third party.

2. The rules of Civil Procedure provide different ways that Revloon could become part of the lawsuit. Identify them and explain how it would work.

More facts for next couple of questions: When Amaxon first started selling the Revloon product, the company conducted a “freedom-to-operate” search.  To this end, Amaxon hired an attorney (Crunch) to opine on whether the knock-off version infringed anyone’s intellectual property rights. Crunch hired a technical expert to search through patent office records. The technical expert created a Technical Report showing several patents and trademarks that were implicated. Crunch then used that Technical Report to draft an Opinion Letter stating that: “Amaxon is infringing Dryson’s IP rights.” Despite the opinion letter, Amaxon decided that the profits were too lucrative and decided to keep selling the product. All of this occurred before Dyson sued or threatened to sue.

Later, during litigation, Dryson submitted a request to Amaxon seeking discovery of documents held by Amaxon that relate to Dryson’s intellectual property.  Amaxon identified  the Technical Report and Opinion Letter as responsive, and added them to its Privilege Log. But, Amaxon indicated that it would not disclose their contents to Dryson.  Dryson is interested in the documents because proof of willful infringement can lead to treble damages.

3. After attempting to negotiate to resolve the discovery dispute, Dryson filed a motion to compel – seeking an order requiring Amaxon to turn-over the two documents. How should the Judge rule?

4. Assume that the court granted the motion to compel and ordered Amaxon to provide the requested documents. Can Amaxon appeal that order?

5. The case is headed to trial. What information would help you know whether the court will hold a bench trial or a jury trial (explain)?

More facts for next question: Dryson’s product has a problem.  It burns hair. Russell Brand is one of the people injured. Brand is a famous and wealthy comedian.  Although he is English, the incident happened on a trip to Missouri and so he filed suit in St. Louis Federal Court.  Rather than suing just for himself, Brand filed a class-action on behalf of all people whose hair had been burned within the State of Missouri (but excluding anyone whose skin was burned).  The case seeks both an injunction (stop selling harmful products) and monetary damages for hair loss.  Brand’s attorney is a leading class-action litigator and Brand has promised to pay all legal fees from his considerable wealth in pursuit of justice.

6. Should the court certify the class?

35 thoughts on “Are you Smarter than a Law Student? (Civil Procedure Edition)”