Most of the action in the House of Representatives begins in committees and subcommittees.  Over the past several terms, patent law legislation and USPTO oversight have primarily been handled by the Judiciary Committee, and particularly the Subcommittee on Courts, Intellectual Property, and the Internet, with the subcommittee chair often driving the discussion and proposals.

As Republicans take charge in the House, the new Speaker (along with the Judiciary Chair) will need to also name an IP Subcommittee chair.  There are two leading candidates:

Both Issa and Massie are non-traditional judiciary committee members as neither are attorneys.  However, each has lots of experience in electronics and creating products, and with patents.  Issa asks great questions and is a powerful agency watchdog.  But, Massie is the one that truly believes in patents as an element of a strong libertarian property rights system.  In recent days, USInventor has been lobbying against Rep. Issa and has indicated to me that it would strongly support Rep. Massie.

I remember first hearing Rep. Issa’s voice on vehicle alarm systems back in the early 1990s saying: “protected by Viper, stand back.”  But, it is Massie’s patents that are particularly cool, most of which focus on haptic feedback mechanisms. 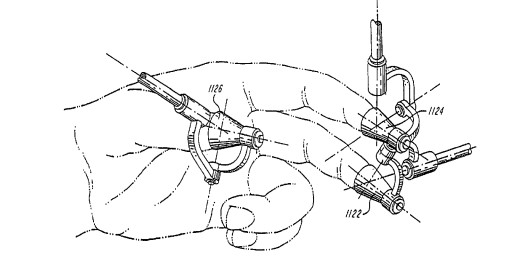 70 thoughts on “Chair of the Intellectual Property Subcommittee”