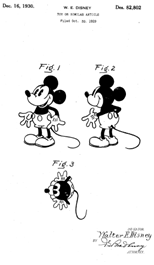 This case presents a nice fact pattern for a law school examination question on the operation of the novelty rules of 35 U.S.C. § 102.  Solvay’s patent covers a method for manufacturing a non-ozone-depleting form of penta-flouro-propane (HFC-245fa) that is primarily used in spray-foam insulation products. Honeywell manufactures and sells over 1,000,000 pounds of the compound each year.

Prior-User Facts: Honeywell (at that time, AlliedSignal), the accused infringer, was in possession of a working model of the invention in the United States (US) prior to Solvay’s invention date. However, Honeywell was not the original inventor. Rather, Honeywell had copied its working model from one created by a Russian agency (in Russia, but under contract with Honeywell).  Honeywell engineers continued to work on the project as they moved toward commercialization. However, by the time that Honeywell began to commercially use or publicize the invention, Solvay had already independently invented the method and filed for patent protection.

The question on appeal is whether any of the novelty provisions of Section 102 render Solvay’s patent claims invalid.  The two primary statutory candidates are 35 U.S.C. § 102(a) and § 102(g)(2).

A patent claim is invalid under Section 102(a)  if the invention was “known or used by others” in the US prior to the patentee’s date of invention.  If the statute is construed according to the plain meaning of its terms, then Honeywell wins and the patent is invalid.  Several US-based individuals at Honeywell knew of the invention prior to Solvay’s invention date – seemingly satisfying the “known or used by others” in the US requirement of the statute. Unfortunately for Honeywell, courts require that the prior knowledge or use of the invention be somehow public.  In this case, Honeywell had kept its work in the US confidential.  Therefore, Honeywell’s prior knowledge and use of the invention is insufficient to invalidate the asserted claims under Section 102(a).  Many accused infringers (and others) have argued that the law should provide a prior-user defense for situations such as this one.  That defense does not exist except for the limited (now severely limited) case of business method patents.

Section 102(g)(2) creates a prior-inventor defense that can also render a patent claim invalid. However, that defense has a number of important limitations. Under Section 102(g)(2), a claim will be held invalid if, before the patentee’s invention date, the claimed invention “was made in [the US] by another inventor who had not abandoned, suppressed, or concealed it.”  Section 102(g) ends with the statement that the question of invention priority will consider “not only the respective dates of conception and reduction to practice of the invention, but also the reasonable diligence of one who was first to conceive and last to reduce to practice, from a time prior to conception by the other.”

More Information: The district court held the patent invalid based on Section 102(g)(2). In reaching that conclusion, the district court decided that the made by “another inventor” element of the provision did not actually require that the prior-user be an original-inventor.  Rather, the district court held that for the purposes of Section 102(g), all that is required is that the prior-user “appreciate” the invention.  In coming to that conclusion, the court distinguished the language of  Section 102(f), which does require that the applicant “he … himself invent.”  On appeal, the Federal Circuit rejected that argument — holding that “when the statute uses the words ‘the invention was made in this country,’ it is referring to the act of inventing in the United States” because “originality is . . .  inherent to the notion of conception.”  In its analysis, the Federal Circuit appears to have added some detail to the common definition of conception which should now read: “the formation in the mind of the inventor, of [the inventor’s own] definite and permanent idea of the complete and operative invention, as it is hereafter to be applied in practice.”

Not the First Inventor: Honeywell argued strongly that it does not make sense for Solvay to have a patent since it was clearly not the first inventor and, if you follow the chain of title, the prior invention had never been abandoned, suppressed, or concealed.  Although seemingly sympathetic to Honeywell’s policy argument, the appellate court decided that it was bound by the statute.

Whether this holding ignores the realities of globalization and outsourcing by modern-day research companies, as Honeywell contended at oral argument, is not the question before us. The question before us is whether, under the undisputed facts, Honeywell qualifies as “another inventor” under 35 U.S.C. § 102(g)(2). Because Honeywell did not itself conceive the RSCAC process of making HFC-245fa, under 35 U.S.C. § 102(g)(2), as this court has construed the statute, it is not “another inventor” of the subject matter claimed in the ‘817 patent.

Although perhaps only shorthand, it is interesting that the court focuses on the question of whether the corporate entity –  Honeywell –  was the inventor.  Although some proposed amendments to the Patent Act would lead toward corporate inventorship, the current law is that all inventors must be real persons.

In Cohesive Technologies, the Federal Circuit issued a reminder that the novelty analysis of 35 U.S.C. §102 is separate and distinct from the nonobviousness analysis of 35 U.S.C. §103(a). The court notes that some prior art evidence – such as inherent elements of a disclosure – used for anticipation argument may not be used in obviousness analyses. That result is in tension with the traditional understanding that § 102 material may be used for §103(a) analysis.

In a recent e-mail, Professor Isaacs (NKU) saw that tension as a reason to for courts to take a fresh look at the text of §103(a). This is especially timely in light of the recent cases such as eBay, KSR, and MedImmune where the Supreme Court had no trouble altering longstanding precedent.

The most glaring problem with the current interpretation of § 103(a) involves post-invention art and secret prior art that are available as §102(b)/§103(a) and §102(e)/ §103(a) references respectively. These two allowances are contrary to the plain language of §103(a) because the statute focuses on what “would have been obvious at the time the invention was made.”

Under a plain reading of §103(a), post-invention references cannot negate patentability because they were not available “at the time the invention was made.” Similarly, secret prior art – almost by definition – could not be known by one of ordinary skill in the art – especially under the Supreme Court’s new “common sense” approach to obviousness.

Of course, these arguments have been tried before – and failed.

Perhaps the time is right for a challenge.

SciMed’s patent application was originally filed by a European company (MinTec) in February 1994 as an European Patent Application. At that time, however, the inventors (Cragg & Dake) had not yet assigned rights to MinTec. Cragg assigned his rights a few months later. Dake did not assign his rights until 1996.

“Indeed, as a matter of pure logic, an entity could not have filed a foreign application “on behalf of” an inventor without the inventor’s knowledge or consent; that the foreign application may have been filed in accordance with the laws of the country in which it was filed has no bearing here.”