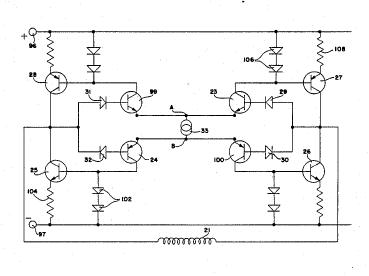 Plaintiff Pellegrini appealed to the Federal Circuit after the district court granted partial summary judgment in favor of Analog. In the patent infringement suit, Pellegrini alleged that Analog was infringing its patented brushless motor drive circuits. (U.S. Patent 4,651,069). Because of Analog’s international manufacturing process, the case provided a novel question for the Federal Circuit.

35 U.S.C. § 271(f)(1) (2000). Section 271(f) was enacted in the wake of the United States Supreme Court’s decision in Deepsouth Packing Co. v. Laitram Corp., 406 U.S. 518 (1972), in which the Court acknowledged that unauthorized manufacturers of patented products could avoid liability for infringement under the then-existing law by manufacturing the unassembled components of those products in the United States and then shipping them outside the United States for assembly. Congress enacted § 271(f) in order to close that loophole.

In its opinion, the appellate panel determined that Section 271 requires “physical supply of components, not simply to the supply of instructions or corporate oversight.” Because the U.S. division of Analog only provided designs and corporate oversight, no infringing activity took place. Affirmed.