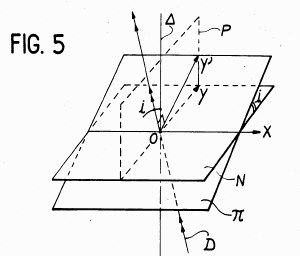 Plaintiff CEA is a French governmental agency that develops new technologies for sale and license to the private sector for commercial use. One such technology is their design for liquid crystal display (LCD) technology used for flat panel monitors.

Defendant CMO is a Taiwanese company and is one of the largest manufacturers of LCD monitors in the world.  CMO serves as an original equipment manufacturer (OEM) for Dell and other companies.

Early on in the litigation, the Delaware district court dismissed CEA’s suit for lack of personal jurisdiction over CMO.  On appeal, the Federal Circuit vacated the dismissal.

Indeed, CEA has gone beyond factual allegations, and has already made a prima facie case for CMO’s use of an established distribution network that likely results in substantial sales of its products in Delaware. As we have discussed, this showing likely satisfies the standard set forth by Justice Brennan in Asahi, of the "regular and anticipated flow of products from manufacture to distribution to retail sale."  However, CEA is entitled to jurisdictional discovery to determine whether it can satisfy Justice O’Connor’s more restrictive version of the stream of commerce theory.

NOTE: This is the second case in a row where the Federal Circuit has reversed findings of no personal jurisdiction. The last case was Pedre Promotional.