In another garage door case,[1][2] Chamberlain’s patent was found invalid and unenforceable.  On appeal, however, the Federal Circuit took a fresh look at whether declaratory judgment jurisdiction ever existed.

Chamberlain’s patent is related to a method of programming your garage door opener — i.e., automatically teaching it the correct code. Microchip makes integrated circuits and associated software that serve as the brains for garage door openers.

Under the terms of a 1999 settlement, Chamberlain agreed not to sue Microchip on the patents. However, two years later, Microchip brought this declaratory judgment action.

Microchip’s basis for jurisdiction was not that it was threatened with suit.  Rather

According to the court, although Microchip itself was not threatened with suit.  Rather, Microchip was upset that Chamberlain had initiated lawsuits against Microchip’s customers. The district court agreed that Microchip had justification for filing suit.

Under the CAFC rule, a declaratory judgment plaintiff must establish:

Here, the CAFC found that under the first prong, “it is clear that Microchip did not possess the requisite apprehension.”  Furthermore, threats against customers do not meet the test apprehension test nor does the “practical effect” that Microchip cannot sell its products without subjecting customers (but not itself) to the threat of litigation. 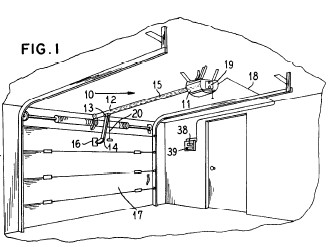