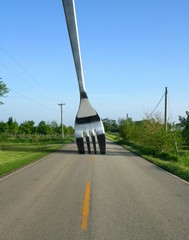 I recently retired from a position in which I was also providing legal advice to patent application prosecution attorneys and others.  I had noted the following relatively frequent source of legal confusion in current law for some patent examiners, with the result that some patent prosecutors were being dangerously misled by incomplete examiner rejections. Hence, this warning note.

A prior U.S. PTO published patent application can qualify as prior art under multiple portions of 35 U.S.C. §102 – resulting in varying effective dates, and requiring different attorney or agent responses. Often, the multiple effective dates are not reflected in examiner rejections.  However, getting a patent application allowed incorrectly can be fatal to the patent’s validity or even lead to inequitable conduct accusations.  Legal misunderstandings of the patent examiner during ex parte prosecution do not create a valid legal excuse for prosecuting attorney legal errors.

If the published application was commonly owned at the time of its invention, a §102(e)/103 rejection can be overcome by asserting common ownership under §103(c).    The protections of §103(c) do not apply to 102(a) or 102(b) prior publications.  Rather, that section only applies to 102(e),(f) and/or (g)!  Furthermore, §103(c) only applies to obviousness issues, not anticipation. Nor does §103(c) eliminate what should have been an alternative rejection for double patenting.

Obviously, a §102(b)/103 reference from an application publication date more than a year before the subject application date cannot be eliminated, only argued over.   While a §102(a)/103 rejection might be overcome by presenting evidence of an earlier invention date, that avenue is considerably more difficult and dangerous.  In particular, patents obtained via 37 CFR 1.131 declarations of alleged prior invention have a poor litigation record. Where appropriate, 102(a) prior art may be overcome by perfecting a valid priority claim to an earlier application.

One final related danger that arises from the fact that most U.S. applications are now  published within 18 months of their first filing date.  Even self-publications qualify as 102(b) prior art.  That means that patent applications on improvement inventions from the same client, especially with different or partially different inventors, need to be filed ASAP to avoid prior-filed basic applications from becoming prior art under §102(a) or (b) against the improvement applications [which cannot be avoided by §103(c).]

The above, of course, is oversimplified, and other commentators may wish to “chip-in.” with practical advice.

40 thoughts on “A Dangerous Prosecution Trap”