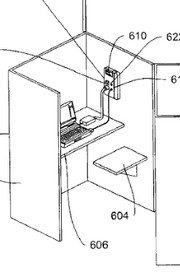 The patent family history includes a continuation-in-part (CIP) preceded by a continuation and an original utility patent application. Based on the prior art date, the issue boiled down to whether the asserted patents could claim priority through the CIP to the original application.

Patentee Bears Burden of Proving Priority. Despite the statutory presumption of validity, the CAFC first held that the patentee normally has the burden of proving priority. The exception is when the PTO considers the issue of priority during prosecution.  In drafting the opinion, Judge Moore shifted the decision from a question of validity (where a presumption lies) to a question of effective filing date (where there is no statutory presumption). “When neither the PTO nor the Board has previously considered priority, there is simply no reason to presume that claims in a CIP application are entitled to the effective filing date of an earlier filed application.”

Interestingly, this decision falls runs parallel to Microsoft’s recent petition for certiorari in the z4 case.