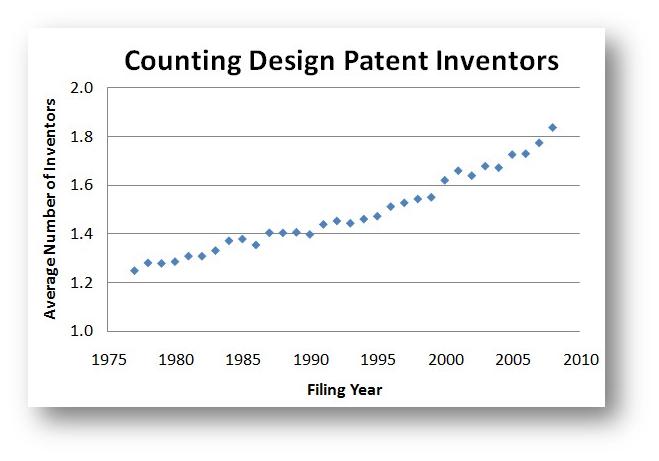 Most design patents are based on the work of a single inventor. Although the average “inventor count” per design patent is still under two a time series appears to show that the lone-mind story of inventing continues to shift to a collaborative effort. Two additional points of information: design patents associated with an assignee have a higher average inventor count as do design patents that list a law firm as handling the patent. Part of the story may be that patent attorneys are getting better at ferreting out the true inventor. However, I suspect that the trend does reflect a shift in the process of invention and product development.