This case is not likely to move much beyond the pleadings because the accused infringer (Wildwood) has declared bankruptcy. Wildwood sells replacement filters for Bissell vacuums. Earlier this year, Bissell sued Wildwood for infringement of its design patent (D565818) as well as trademark infringement for advertising “Bissell style” filters. [Link]. Of course, the validity of this design patent is questionable because the shape appears to be almost completely dictated by a need for the removable filter to fit within the standard compartment. “[I]t has long been settled that when a configuration is the result of functional considerations only, the resulting design is not patentable as an ornamental design for the simple reason that it is not “ornamental” – was not created for the purpose of ornamenting. In re Carletti, 328 F.2d 1020 (C.C.P.A. 1964); Hueter v. Compco Corp., 179 F.2d 416; Best Lock Corp. v. Ilco Unican Corp., 94 F.3d 1563 (Fed. Cir. 1996); Static Control Components, Inc. v. Lexmark Int’l, Inc., 487 F. Supp. 2d 830 (E.D. Ky. 2007). 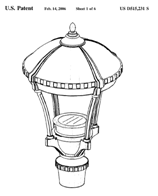 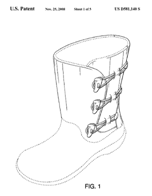 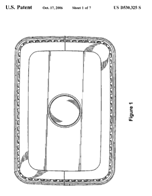 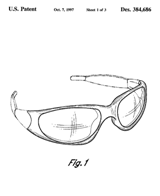 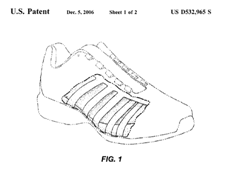 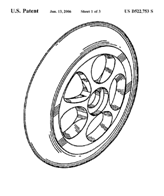