The chart below shows Shepard’s citation results for recent Supreme Court eligibility cases.  I chart the number of federal court decisions citing to each of these seven major Supreme Court decisions.  2016 numbers do not include November-December 2016. 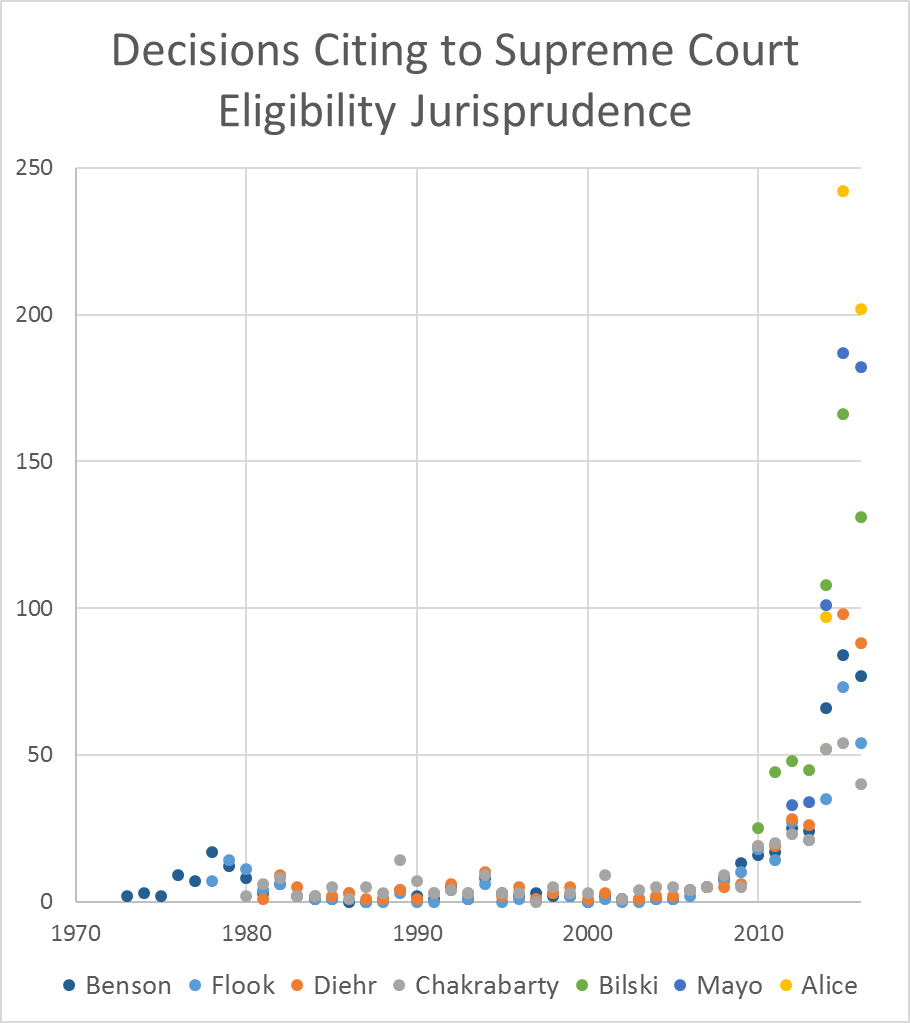 * I apologize that the chart won’t be easy to read for those who are colorblind. Truthfully, it is hard for anyone to tease out information regarding any particular decision.