Following an IPR administrative trial, the Patent Trial & Appeal Board (PTAB) concluded that the challenged claims of NFC’s U.S. Patent 6,700,551 are unpatentably obvious.  The focus of the dispute is on a pre-AIA inventorship claim — The PTAB rejected NFC’s attempt to claim priority to its date of invention.

Although the Patent Act itself has never directly defined inventorship, a substantial body of cases have worked through the problem.  In general, the courts have determined that invention is a two-step process that begins with a complete mental conception of the invention and concludes with reducing the invention to practice (i.e., creating a working model).  Most of the inventions claimed within patent documents are not actually reduced to practice prior to the application filing.  Rather, that substantial majority relies upon the judicially created exception that the filing of a patent application should be deemed (in the eyes of the law) a reduction to practice.

Here, NFC’s near-field communication patent application claims priority back to an original French patent application filed March 25, 1999, while the primary prior art reference has an effective date of February 8, 1999.   If the patent in question was a post-AIA patent, NFC would easily lose.  Here, however, NFC has the opportunity to claim back to its date of invention because its patent fits under the old law.

Under the old law, the inventor could claim priority back to that initial date of conception. However, that was generally a difficult prospect because the courts also required extensive post-conception diligence on the part of the patentee to reduce that invention to practice.  It is much simpler if the patentee did actually reduce the invention to practice prior to filing because diligence is no longer required post-RTP (just no suppression, abandonment, or concealment).  Although this ability to claim back to a date-of-invention is a benefit to patentees, it is usually thought of as something of a trap because of the high evidentiary burden placed on the inventor for proving prior conception, diligence, and reduction to practice. 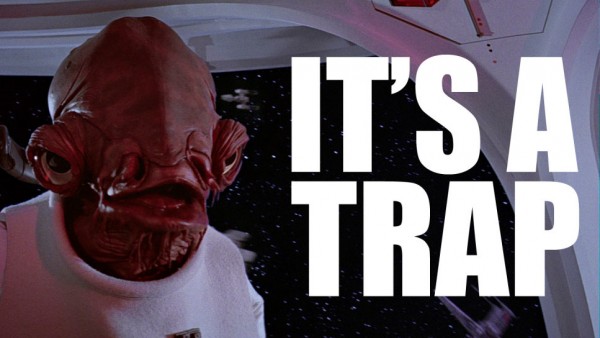 Here, NFC argued that the named inventor (Charrat) and his team had reduced the invention to practice as of November 1998 by creating a device embodying the invention.  The PTAB rejected the argument — holding that a portion of the prototype had been built by a third party chip fabricator (Concept Electronique – CE) and, therefore, Charrat isn’t the one who reduced it to practice.  According to the Board, when a third-party reduces the invention to practice, that RTP only inures to the inventor if the inventor can show that he had already conceived of the invention and communicated that to the third party.  “For Charrat to receive the benefit of that reduction to practice, the Board read [the Federal Circuit] precedents as requiring that Charrat conceived the claimed invention and communicated the underlying subject matter to CE.”

On appeal, the Federal Circuit has reversed – finding that NFC had provided sufficient evidence of conception.

Here, Charrat provided testimony of his conception, but oral testimony alone is insufficient to prove prior invention.  Charrat also provided a data-sheet order to CE. The Board found that the data sheet had “no named author” – on appeal, however, the Federal Circuit credited the document’s statement “By BC” (BC are Charrat’s initials).  “Thus, contrary to the Board’s finding, the data sheet does name an author.”

The PTAB also found it odd that there was not more specific evidence (such as an email) from Charrat to CE that provides information on how to build the circuit (if Charrat had actually been the inventor).  The Federal Circuit rejected that analysis:

Here … Charrat’s account of a period of a few months, nearly twenty years ago, is nonetheless supported by documentary evidence. The relevant period and presence of documentary evidence places this case closer to Loral Fairchild Corp. v. Matsushita Electric. . . . [W]e characterized the inventor’s inability to submit [production] documents as “not surprising” given the amount of time that had passed. Here, similarly, Charrat’s account is corroborated by the initial data sheet that began the project, communications with CE, and documents generated after Charrat and INSIDE received the prototype and began to test it. “[C]orroboration of every factual issue contested by the parties is not a requirement of the law.” In re Jolley, 308 F.3d 1317, 1328 (Fed. Cir. 2002). On these facts, and particularly considering the amount of time that has passed, we determine that Charrat’s account was adequately corroborated.

In a typical murder mystery plot, the accused criminal wins by successfully pointing the finger toward the true killer.  Here, the appellate panel suggests that the the PTAB should have also considered that approach.  In particular, the Federal Circuit asks “who, if not Charrat, designed the prototype. . . . Charrat is the only source identified by the evidence for the design of the prototype. Indeed, there is no record evidence of any other INSIDE employee communicating with CE. Under the rule of reason, the totality of the evidence establishes the credibility of Charrat’s account.”

On remand, it looks like the IPR case will continue — in its original analysis, the PTAB did not actually determine whether the prototype embodied the claimed invention since it dismissed on other grounds.  Thus, NFC is simply one step closer to success.