Mark Greenstein is trying to patent an automated investment system to “automatically adjust the amount [a] person saves” in order to achieve a projected income amount. A key element of the claims, according to Greenstein, is to “utilize a projected amount of income at a future date for at least one person.”  The Examiner and PTAB found the claims unpatentable as both lacking eligibility and as either anticipated or obvious. 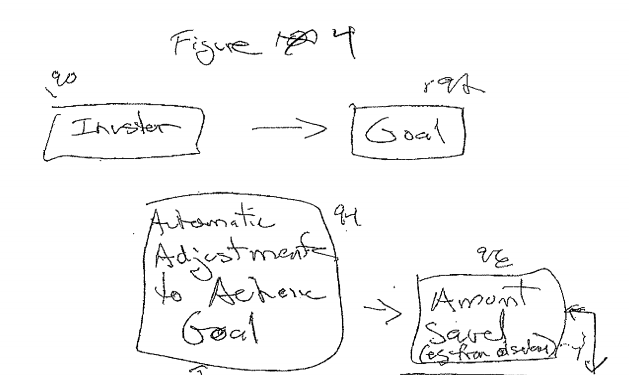 On appeal, the Federal Circuit has affirmed the eligibility rejection — finding:

On appeal, Greenstein argued that the claimed utilization of projected income was an inventive concept and noted that it “was the basis for the successful commercial launch of a new product, demonstrating its material advantages to persons in the relevant market.” On appeal, the Federal Circuit found that argument failed to connect the dots.

Even if Mr. Greenstein is correct that the claimed utilization of a projected future income was the basis for a commercially successful product, this is insufficient to transform the claims into a patent-eligible application. It is well-settled that a claimed invention’s “use of the ineligible concept to which it is directed cannot supply the inventive concept that renders the invention ‘significantly more’ than that ineligible concept.”

Greenstein filed this application back in 2014 (provisional in 2013). He was represented by Bacon Thomas before the PTO, but took it on pro-se before the Federal Circuit.