This case involves U.S. Patent No. 6,705,976 (“the ’976 patent”) owned by Blackbird.  The patent claims an exercise equipment with a bow-shaped contour with cable-exit ports. And HIM’s M1-Multi-Gym was accused of infringement (Compare patent image with product below). 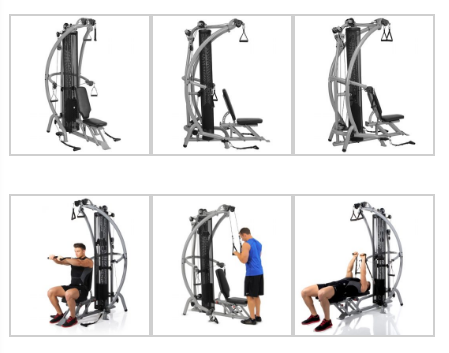 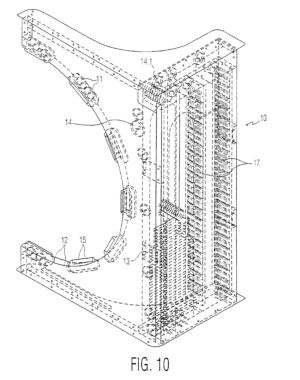 After of 1.5 years of litigation Blackbird voluntarily dismissed its complaint with prejudice and executed a covenant not to sue the accused infringers.  However, rather than simply dismissing the case, the district court also paused to award attorney fees ($300k) to the defendants.  On appeal, the Federal Circuit has affirmed the fee award.

35 U.S.C. 285 provides discretionary authority for a district court to award attorney fees to the prevailing party, although only in “exceptional cases.”

The court in exceptional cases may award reasonable attorney fees to the prevailing party.

Id. In Octane Fitness, the Supreme Court interpreted an “exceptional case” as one that “stands out from others with respect to the substantive strength of a party’s litigating position (considering both the governing law and the facts of the case) or the unreasonable manner in which the case was litigated.” Octane Fitness, LLC v. ICON Health & Fitness, Inc., 134 S. Ct. 1749 (2014).  Applying that standard, the district court noted that Blackbird’s litigation position was substantively weak; that the case was litigated in an unreasonable manner; and that fees were warranted “to deter future abusive litigation.”

Weak Case: Although the accused device includes the bowed shape, it has several differences from the claims and the Federal Circuit found that “the exercise of even a modicum of due diligence by Blackbird, as part of a pre-suit investigation, would have revealed the weaknesses in its litigation position.”  Although no motion for sanctions was filed, Blackbird was aware from early-on (the original answer) that HIM was planning to seek attorney fees and thus had sufficient “notice” to ensure its affairs were in order and correct defects in the case.

Nuisance Offers: During the litigation, Blackbird made several offers to settle at what the Federal Circuit called “nuisance value settlement offers” ranging from $80k to $15k. Each of these were “significantly less than the cost of litigation.”  On appeal, the Federal Circuit affirmed that low settlement offers may be considered when determining bad faith and exceptional cases.  Citing Eon-Net LP v. Flagstar Bancorp, 653 F.3d 1314 (Fed. Cir. 2011) (patentee had “acted in bad faith by exploiting the high cost to defend complex litigation to extract a nuisance value settlement”).

Future Abusive Litigation: According to the Federal Circuit, Blackbird is an entity owned and controlled entirely by attorneys.  The firm makes its money by purchasing patents and then litigating them. Notably, the company has filed over 100 infringement lawsuits since 2014, none of which have reached a full, final decision on the merits.  The district court partially justified its fee award here on the idea that it would help deter Blackbird from bringing similarly weak positions in the future.  On appeal, the Federal Circuit affirmed — finding that reasoning proper to the exceptional case finding. “The District Court therefore did not abuse its discretion by considering the need to deter future abusive litigation.” This holding falls in-line with the court’s previous statement in Inventor Holdings:

We conclude that the district court acted within the scope of its discretion in finding this case to be exceptional based on the weakness of IH’s § 101 arguments and the need to deter similarly weak arguments in the future.