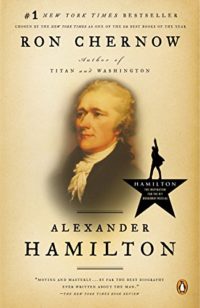 The question in this case is whether the Federal Reserve Banks are people.  The Patent Act allows any “person” to file a petition for covered-business-method review (or IPR/PGR). Return Mail, Inc. v. United States Postal Serv., 139 S. Ct. 1853 (2019) held (1) the U.S. Gov’t is not a person under the statute and (2) consequently the USPS (a branch of the US gov’t) is not permitted to petition the USPTO for review of a patent.  The question before the Supreme Court is whether these banks are part of the government.

Bill Bozeman’s patents cover what he calls “Universal Positive Pay” for fraud detection and check clearing. Back in 2017, the 12 Federal Reserve Banks (but not the Board) sued Bozeman seeking a declaratory judgment of non-infringement.  The banks then also filed for Covered Business Method (CBM) review of the patents at the USPTO.  The PTO instituted review and concluded that the claims were ineligible under Alice Corp. Pty. Ltd. v. CLS Bank Int’l, 573 U.S. 208 (2014).  In its decision, the Federal Circuit affirmed and also held that the banks are “persons” under the statute because they “are distinct from the government for purposes of the AIA.”

In other contexts, courts have found a very close link between the Banks and the Gov’t.

This case is not huge for the patent system — although there are hundreds of federally-created entities that might be “people.”  In addition, the CBM program has sunset and is unlikely to be revived.

The case is still a big deal as our country discusses the role of socialist governmental policies providing a safety net for Americans. The US system is already ripe with “private” entities designed to serve a public good: Federal Reserve banking system; Fannie Mae; Freddie Mac; Highly regulated utilities (that are given the power of eminent domain); etc.  For over 100 years, this approach has been a form of back-door socialism that becomes palatable because of paperwork showing a separation from government. This case would shine some interesting light on the field with the simple question — Are the Federal Reserve Banks part of the U.S. Government?

7 thoughts on “The Public-Private Role of Federal Reserve Banks”