The Trial: The jury sided with iLife–finding Nintendo liable for infringing iLife’s U.S. Patent No. 6,864,796 and awarding $10 million in damages. At trial, Nintendo had argued that the patent was invalid for lack of enablement and written description, but the jury denied those defenses. Nintendo also challenged the patent in an IPR, but the claims not proven invalid.

Here, the claims are directed a safety-feature for systems that evaluate body-movement, such as Nintendo’s Wii Sports and Mario Kart 8.  The basic idea is that the system will sense acceleration of a body and determine whether the associated movement is “is within environmental tolerance.”  A “tolerance indicia” is then created and transmitted.  The patent notes that movements beyond tolerance might “be damaging, destructive, crippling, harmful, injurious, or otherwise alarming or, possibly, distressing to the body.”

Eligibility: Pre-trial, Nintendo had also argued that the asserted claims were invalid as directed to the abstract idea of gathering and processing data.  The district court refused to decide that issue pre-trial.  However, after the trial, the court stepped-up and found the claims invalid.  That decision eliminated the damages award.  On appeal here, the Federal Circuit has affirmed.

[ILife’s] claim 1 of the ’796 patent is not focused on a specific means or method to improve motion sensor systems, nor is it directed to a specific physical configuration of sensors. It merely recites a motion sensor system that evaluates movement of a body using static and dynamic acceleration information.

The patent itself includes more specific hardware and logical elements.  Consider, for instance Figures 1 and 5 below.  However, the asserted claims here were directed to a much broader abstraction.

As the district court held, the elements of claim 1, considered individually and as an ordered combination, fail to recite an inventive concept. Aside from the abstract idea, the claim recites only generic computer components, including a sensor, a processor, and a communication device. The specification’s description of
these elements confirms they are generic. 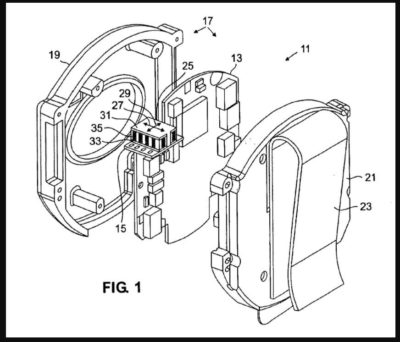 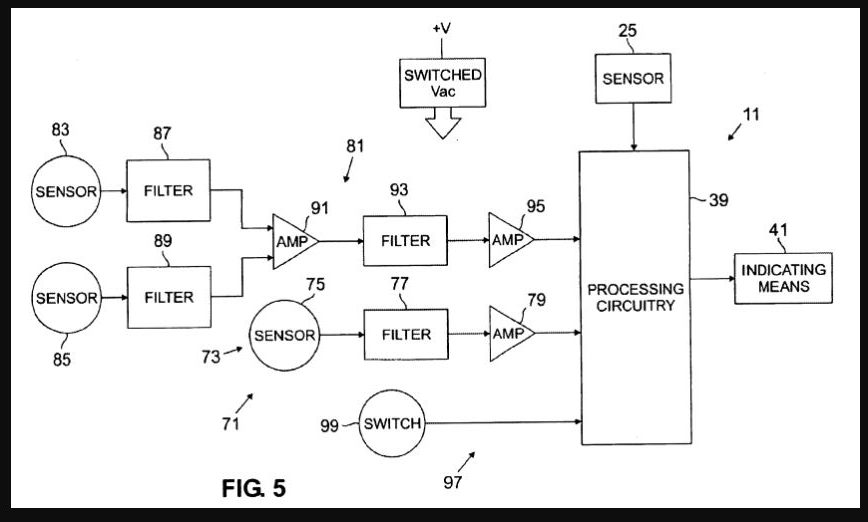 Separating Out the Steps: The one quirk of this decision comes from the following statement: “The conventionality of the claim elements is only considered at step two” of the Alice/Mayo analysis.  In finding the claims directed to an abstract idea, the district court had noted that claim 1 does not require “anything other than conventional sensors and processors performing conventional activities previously known to the industry.”  It was error to consider conventionality at that stage of the analysis.  Despite that error, the appellate panel still found the claim directed toward an abstract idea.  Note that this is a non-precedential decision and so this line from the case won’t help yours.

1. A system within a communications device capable of evaluating movement of a body relative to an environment, said system comprising:

a sensor, associable with said body, that senses dynamic and static accelerative phenomena of said body, and

a processor, associated with said sensor, that processes said sensed dynamic and static accelerative phenomena as a function of at least one accelerative event characteristic to thereby determine whether said evaluated body movement is within environmental tolerance

Michael Wilson (Munck Wilson Mandala) represented the patentee at trial and on appeal; Stephen Smith (Cooley) for the successful defendant.

54 thoughts on “Conventionality is Irrelevant to Alice Step 1”