Huping Hu (PhD, JD) and his spouse Maoxin Wu (MD, PhD) have been working for many years to understand human consciousness and its relationship to quantum theory.  In a series of patent applications, the pair have disclosed and claimed various applications of quantum entanglement.

Pending claim 1 of their Application No. 11/944,631 lists three easy steps for taking advantage of quantum entanglement. The basic approach: 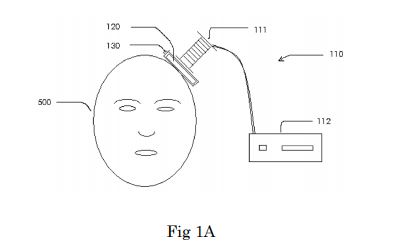 The Patent Office rejected applications as inoperative and the Federal Circuit has affirmed.  Operability is not expressly required by the patent act, but is directly derived from the utility doctrine of 35 U.S.C. § 101 (“new and useful”).  In addition, an inoperative creation also lacks enablement — especially in situations like this where the claims are directed to a functional result and not just the machine assembly.

On appeal, Hu argued that the USPTO based its decision on speculation, skepticism and ignorance rather than evidence.  The USPTO presented no prior art or any other contrary evidence.

On appeal, though, the Federal Circuit found that the USPTO had presented a prima facie case by noting that the invention: “violates the first law of thermodynamics,” is “contrary to traditional understanding of chemistry,” and “violates the classical laws of physics” including conservation of mass.   The Board noted an “absence of any known scientific principles explaining how Appellant’s invention could possibly operate in this manner, the absence of any cogent explanation in Appellant’s Specification regarding the general principals [sic] or mechanisms causing this to occur, and the absence of any verifiable test data reasonably attributable to the purported result, the Examiner reasonably characterized Appellant’s invention as being of an incredible nature.” Although Hu presented 25 scientific articles, the Board failed to find any scientific basis supporting the particular claims in Hu’s applications.

The appellate panel explained its support for the conclusion:

The PTO, as the nation’s guardian of technologic invention, must be receptive to unusual concepts, for the core of invention is unobviousness. However, concepts that strain scientific principles are properly held to a heightened standard, typically measured by reproducibility of results. Here the Board was presented with an apparent departure from conventional scientific understanding, and the Board appropriately sustained the examiners’ requirements for experimental verification. The Board applied a reasonable and objective standard, and acted reasonably in sustaining the examiners’ requirements. Should further investigation bring peer recognition and verifiable results, the PTO and the scientific community would surely be interested.

Note here – the result of this decision is not barring patentability of this type of invention, but rather a requirement that the inventor provide a better showing that the invention actually works as claimed.

93 thoughts on “An incredible invention (incredible = not credible).”