At its core, this is an employer-inventor dispute in the area of gene sequencing technology.  Saxonov & Hindson co-founded company QuantLife that was bought out by Bio-Rad. The pair then became Bio-Rad employees. At both companies they signed agreements to transfer invention rights to Bio-Rad. In April 2012 the pair left Bio-Rad; in July 2012 formed 10X; and began filing new patent applications in August 2012. These applications eventually issued as patents and include the patents-in-suit: US Patent Nos. 9,689,024, 9,695,468, and 9,856,530. 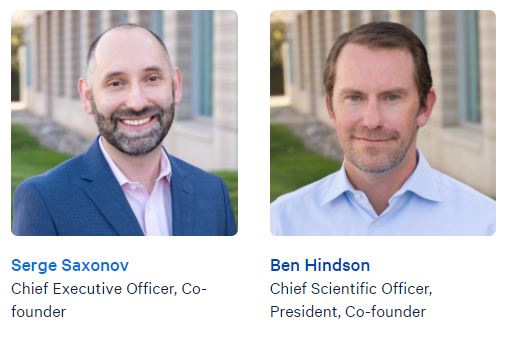 Bio-Rad and 10X are competitors and 10X sued for patent infringement.  In defense, Bio-Rad argued that it owns the patents.  The USITC rejected that argument and the Federal Circuit has now affirmed.

The agreements are clear that they are limited to the term of employment: Each promised to assign anything conceived, developed, or reduced-to-practice “during the period of my employment.”

In this case, it appears that Hindson and Saxonov conceived of some aspects of the inventions while still at Bio-Rad, but did not have complete conception until after leaving employment.   Still, Bio-Rad argued that the advances while employees was enough.  In reviewing the record, the ITC found that these early-stage ideas were too generic to count.  Bio-Rad then renewed the argument on appeal. The following comes from Bio-Rad’s brief:

About a year after selling QuantaLife to Bio-Rad for more than $160 million, the two inventors left Bio-Rad to form 10X. Then, in less than four months, they filed applications leading to the asserted patents. Under well-established ownership and inventorship principles, Bio-Rad owns a pro rata share of the patents based on the work that two of the six inventors conceived at QuantaLife/Bio-Rad. Their work was not a vague hope for a future research plan, but a specific solution to a problem using specific reagents. At a minimum, their work met the threshold required for co-inventorship. The error below was to require a single “eureka” moment contrary to the controlling contractual language; the ITC ignored that multiple people can contribute to patented inventions over time and that co-inventors each do not have to conceive all elements of a patent claim.

On appeal, the Federal Circuit affirmed — affirming that “the assignment provisions do not apply to a signatory’s ideas developed during the employment (with Bio-Rad or QuantaLife) solely because the ideas ended up contributing to a postemployment patentable invention in a way that supports co-inventorship of that eventual  invention.”  In particular, the terms of the agreement was limited to Intellectual Property, and mere ideas don’t count as intellectual property.

The Agreement covers: All inventions . . . which I may solely or jointly conceive, develop, or reduce to practice during the period of my employment by Bio-Rad

Federal Circuit: The most straightforward interpretation is that the assignment duty is limited to subject matter that itself could be protected as intellectual property before the termination of employment.

This was a California employment contract — adding additional weight to the conclusion that prior employer gets nothing:

California law recognizes significant policy constraints on employer agreements that restrain former employees in the practice of their profession, including agreements that require assignment of rights in post-employment inventions.

Id. Note that the court cited its own prior precedent as to the scope of California Law rather than actual California cases.

This case offers an interesting piece in the puzzle of inventorship. One interpretation of Bio-Rad is simply that ownership and transfer of intangibles, including pre-invention intangible rights, are a matter of state law. In this case, the contract (as interpreted under California law) would not require transfer of ownership rights to the former employer.  In this vein, employers may be reevaluating their employment contracts to ensure that they capture rights to innovations do not raise to the level of invention.

At the same time, the case also offers a counterpoint to Dana-Farber Cancer Inst., Inc. v. Ono Pharm. Co., Ltd., 964 F.3d 1365 (Fed. Cir. 2020). In Dana-Farber,we had pre-conception contribution of ideas that – on their own – were not patentable. The court found those contributions sufficient for a claim of co-ownership.

The court does not go into this, but I’ll also note that Saxonov & Hindson’s employment contract with Bio-Rad was not a standard contract signed by regular scientists or engineers.  These two founded a company that was bought out for more than $100 million.  I’m confident that these terms were negotiated and well-lawyered before the deal was done.