In the USA, COVID vaccines have been widely distributed and are now available at no cost almost on-demand for anyone seeking vaccination.  Vaccines are not widely available in most other countries and global COVID cases are again at an all-time high.

And, people around the world don’t really trust that Pfizer, Moderna, and J&J are going to be serving them anytime soon.  That is where the TRIPS waiver comes into play. 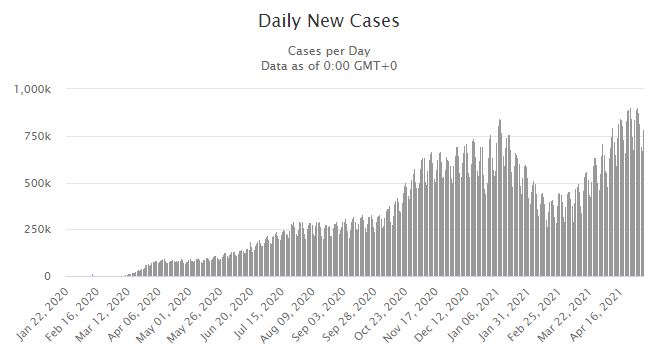 TRIPS:  Countries around the world are asking for a waiver of some aspects of the international intellectual property (IP) agreement known as TRIPS as part of their response to the global COVID pandemic.  This IP Waiver would be a first step toward countries and companies around the world manufacturing, distributing, and importing already developed vaccines, such as those now being distributed in the USA by J&J, Pfizer, and Moderna. Without the IP waiver, a country could suffer trade penalties if they permitted production or importation in violation of rights.  The penalties are setup in a country-versus-country bases and do not allow for any private action by the individual rights holders. Thus,  the TRIPS dispute resolution process does not provide Pfizer standing to sue India for violating IP rights guaranteed under TRIPS; Rather Pfizer could only lobby to the U.S. Government to bring a case, which traditionally might have done.

The U.S. Government is reportedly going to support the waiver proposal, although there are current ongoing negotiations over its actual text and content.  Even without a WTO waiver, the US can also act unilaterally to announce that it would not bring any TRIPS cases associated with violations.  This is a major change of policy under President Biden and his new U.S. Trade Representative Katherine Tai.  In the past, the US has always been on the side of stronger IP rights and more enforcement.

Trade Secrets + Patents: In the short-run, the big difference is more about trade-secrets than patents.  In the longer run, patents may become equally important.

If we take India as an example, right now there are no patents that have been granted in India tied directly to the COVID response.   So, allowing India to waive its promise to enforce patents does not generate any short-term gains. Here, by short-term, I’m really talking about the next two years or so.  Hopefully by that time the pandemic will be gone.

Trade secrets are different, most of the “intellectual property” wrapped up in COVID vaccine manufacture is currently being held as trade secrets.  Obviously the companies manufacturing the product have the information. Many countries also have information that they received in the process of (1) funding the research and (2) determining whether to allow the vaccines to be distributed.  International espionage is also a major element here that will put the information in the hands of various  governmental agencies.

2. Natural and legal persons shall have the possibility of preventing information lawfully within their control from being disclosed to, acquired by, or used by others without their consent in a manner contrary to honest commercial practices (10) so long as such information: (a) is secret in the sense that it is not, as a body or in the precise configuration and assembly of its components, generally known among or readily accessible to persons within the circles that normally deal with the kind of information in question; (b) has commercial value because it is secret; and (c) has been subject to reasonable steps under the circumstances, by the person lawfully in control of the information, to keep it secret.

3. Members, when requiring, as a condition of approving the marketing of pharmaceutical or of agricultural chemical products which utilize new chemical entities, the submission of undisclosed test or other data, the origination of which involves a considerable effort, shall protect such data against unfair commercial use. In addition, Members shall protect such data against disclosure, except where necessary to protect the public, or unless steps are taken to ensure that the data are protected against unfair commercial use.

Waiver of the requirement does not force the companies to actually conduct any technology transfer — to provide the information to others who want to manufacture.  BUT, it does open the door to governments sharing the information and also to a major WIKILEAKS style sharing of data and information.  I believe that a whistle-blowing is actually quite likely because so many scientists and business insiders are wanting to do everything they can to spread the vaccine, but don’t believe that it will be permitted by the CEOs and Shareholders.

The other thing that this does is substantially shift the negotiation positions.  This waiver signals to the current vaccine-makers to speed-up global access.

We’ll be looking for President Biden’s action on this as we move forward.  As I mentioned above, negotiations are ongoing and I expect a focus on timelines (when does the waiver end) and scope (exactly what is being waived).