When you visit the website france.com, you’ll be quickly redirected to the French government’s explore-France travel site: france.fr.  But, the US-company France.com, Inc. believes that the country stole the .com site.  The case is now pending before the Supreme Court on petition for writ of certiorari is France.com v. The French Republic, Docket No. 21-448 (Supreme Court 2021). 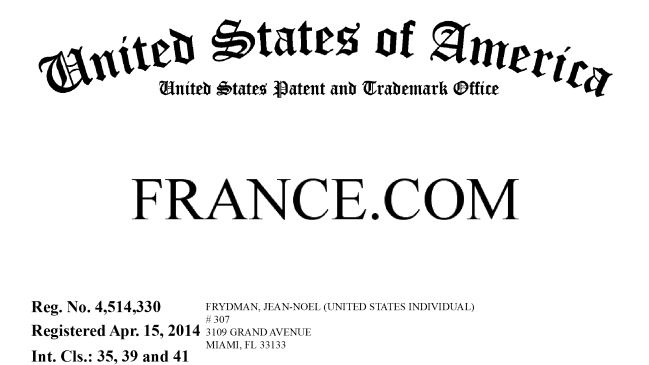 Jean-Noel Frydman registered the domain back in 1994 and began using it to operate his commercial tourism business. Frydman eventually registered the domain as a trademark — primarily in the travel related field. During that time the French National Tourist Office lauded Frydman’s work and and website.

In 2016, France.com was pursuing a private trademark claim in a French-based court.  The French Government intervened in the lawsuit and was able to convince the French court to order the domain name to be transferred to the French Government.  The petitioner here calls that decision “in contravention of and hostile to United States law.”

Subsequently, France.Com filed the present lawsuit in U.S. Federal Court seeking an order transferring the domain name back.  Rather than delving into the merits, 4th Circuit ordered the case be dismissed. In particular, the district and appellate courts found the lawsuit barred by the Foreign Sovereign Immunities Act (FSIA). And, that the FSIA’s commercial activity exception to sovereign immunity did not apply.  The petition for writ of certiorari focuses on that question:

Whether the United States Court of Appeals for the Fourth Circuit and other lower federal courts have misapplied this Court’s decision in OBB Personenverkeher v. Sachs, 577 U.S. 27 (2015), as allowing courts to determine the gravamen of Foreign Sovereign Immunities Act “commercial activity” exception suits without analyzing distinct claims presented.

§ 1604. Immunity of a foreign state from jurisdiction

Subject to existing international agreements to which the United States is a party at the time of enactment of this Act a foreign state shall be immune from the jurisdiction of the courts of the United States and of the States except as provided in sections 1605 to 1607 of this chapter.

§ 1605. General exceptions to the jurisdictional immunity of a foreign state

25 thoughts on “FRANCE.COM: Trademark Transferred to French Government without Recourse in US Courts”