Here is a fun chart showing the percentage of U.S. patents that cite to Wikipedia as prior art. I created this from data downloaded from the USPTO. 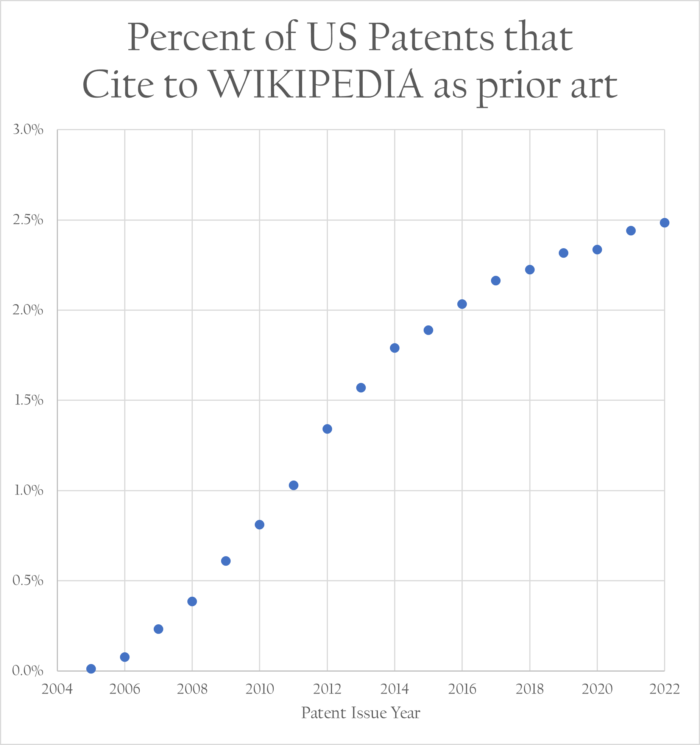 111 thoughts on “Wikipedia as Prior Art”