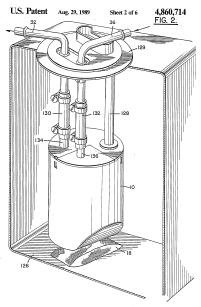 After a jury verdict of willful infringement, the district court granted a JMOL in VDO’s favor based on non-infringement but denied VDO’s JMOL motion for invalidity.