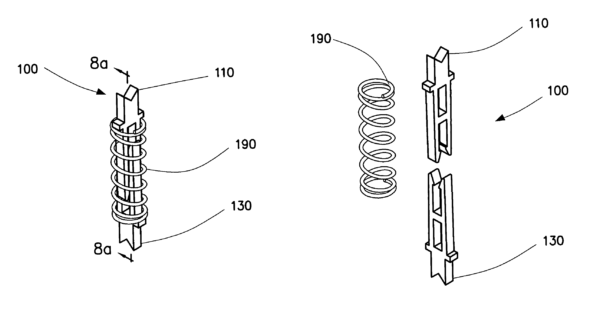 There is a lot going in this decision, but the crux of the appeal is a license interpretation question.  Here are the rough facts:

In the appeal, the Federal Circuit confirmed that the “divisive merger” cannot be used to escape from contract obligations.  Thus, Plastronics Socket still owes the 3% that it agreed to pay for its own sales.

Statute of Limitations: Plastronics also had a counterclaim. In particular, Hwang had a right to further license the patent, but only with approval from Plastronics. Hwang admitted that he had licensed the patent, but that the license occurred 9 years before the lawsuit began and thus was outside of the 4-year statute of limitations under Texas law.  The Texas allowed the claim — since it was an ongoing license.  On appeal, however, the Federal Circuit reversed — holding that the “breach of contract … arose from a single, unauthorized license grant … almost ten years before Plaintiffs filed suit.”  As such, the case was beyond the statute of limitations.  The court distinguished other situations regarding periodic payments of royalties, where each missed payment is seen as another breach and thus can restart the statute of limitations. See Hooks v. Samson Lone Star, LP, 457 S.W.3d 52, 68 (Tex. 2015).

These little H-pins are tiny, but have been important to the semiconductor industry: